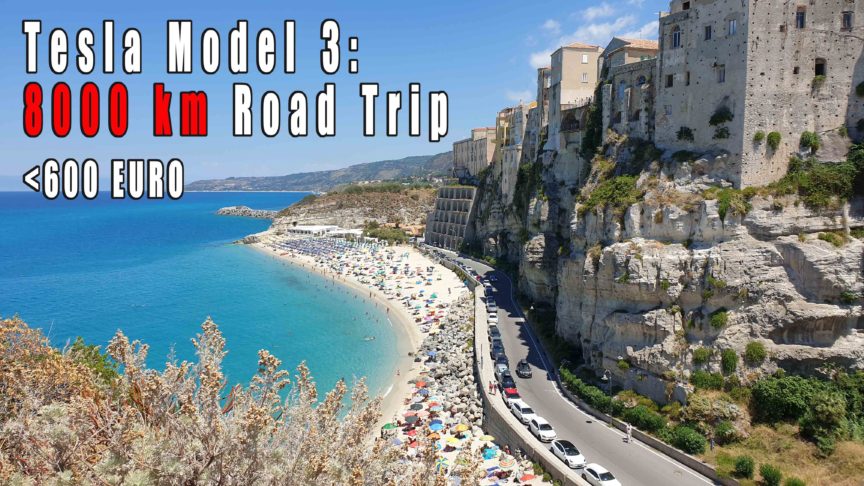 Last July we had the most incredible vacation to date. Traveled through 9 countries in Europe and visited five of them, left behind us 8097 km (5031 mi), for which we paid €592, and all of this with a 2021 Tesla Model 3 Standard Range Plus.

We crossed Europe from northern Germany to southern Italy, drove east to Romania and then back north again, with no problems or inconveniences. Even our cat made it through, with minor protests.

*photo gallery tip: use two fingers to zoom in 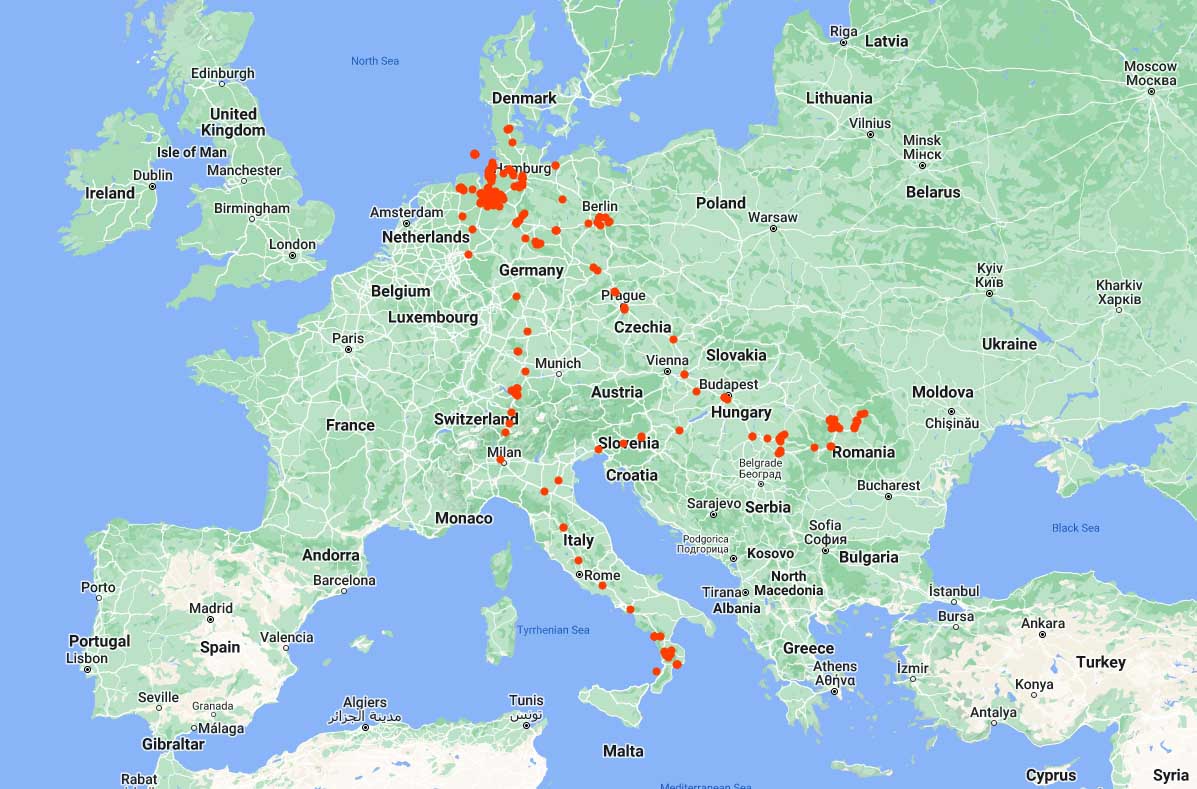 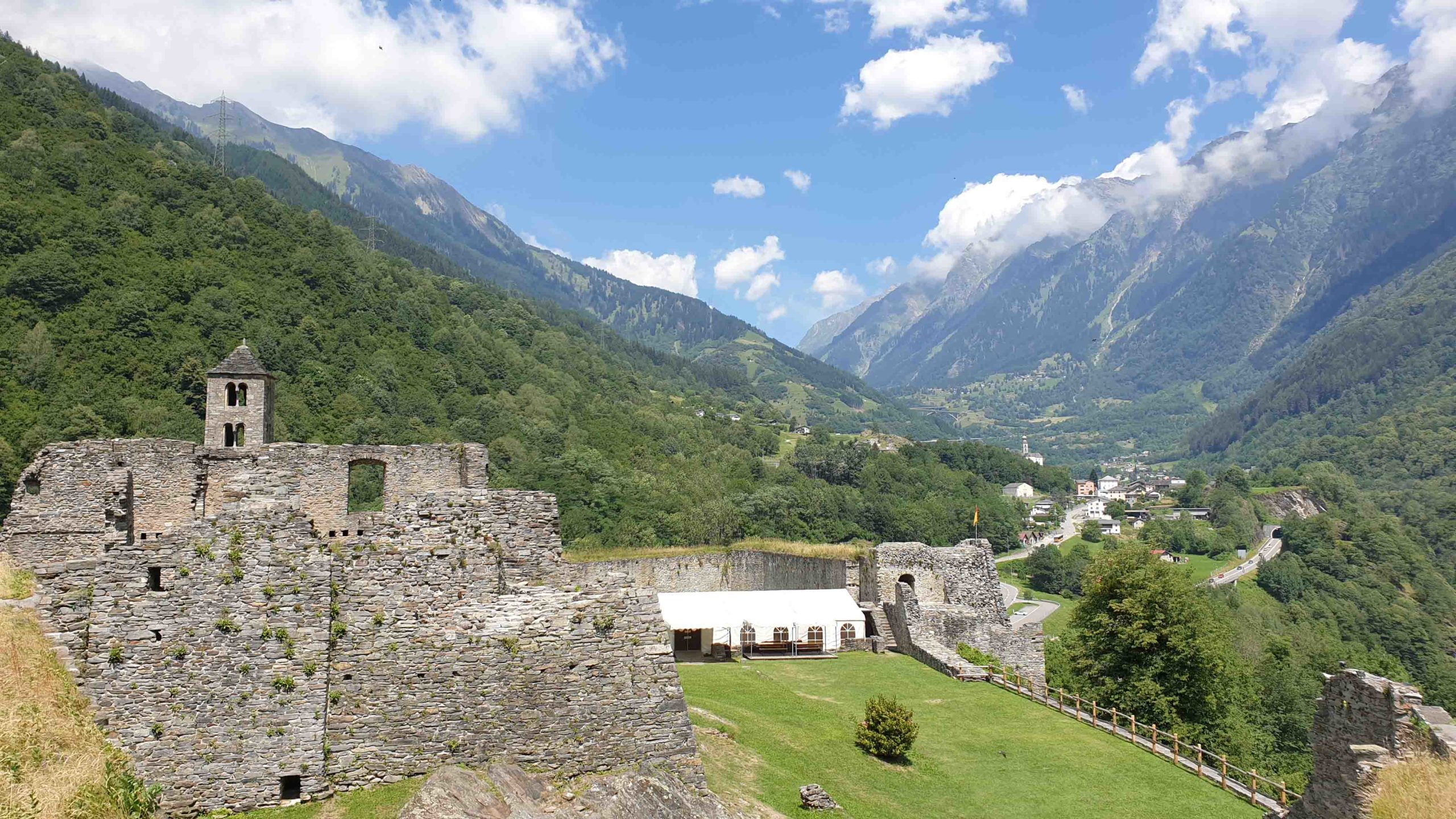 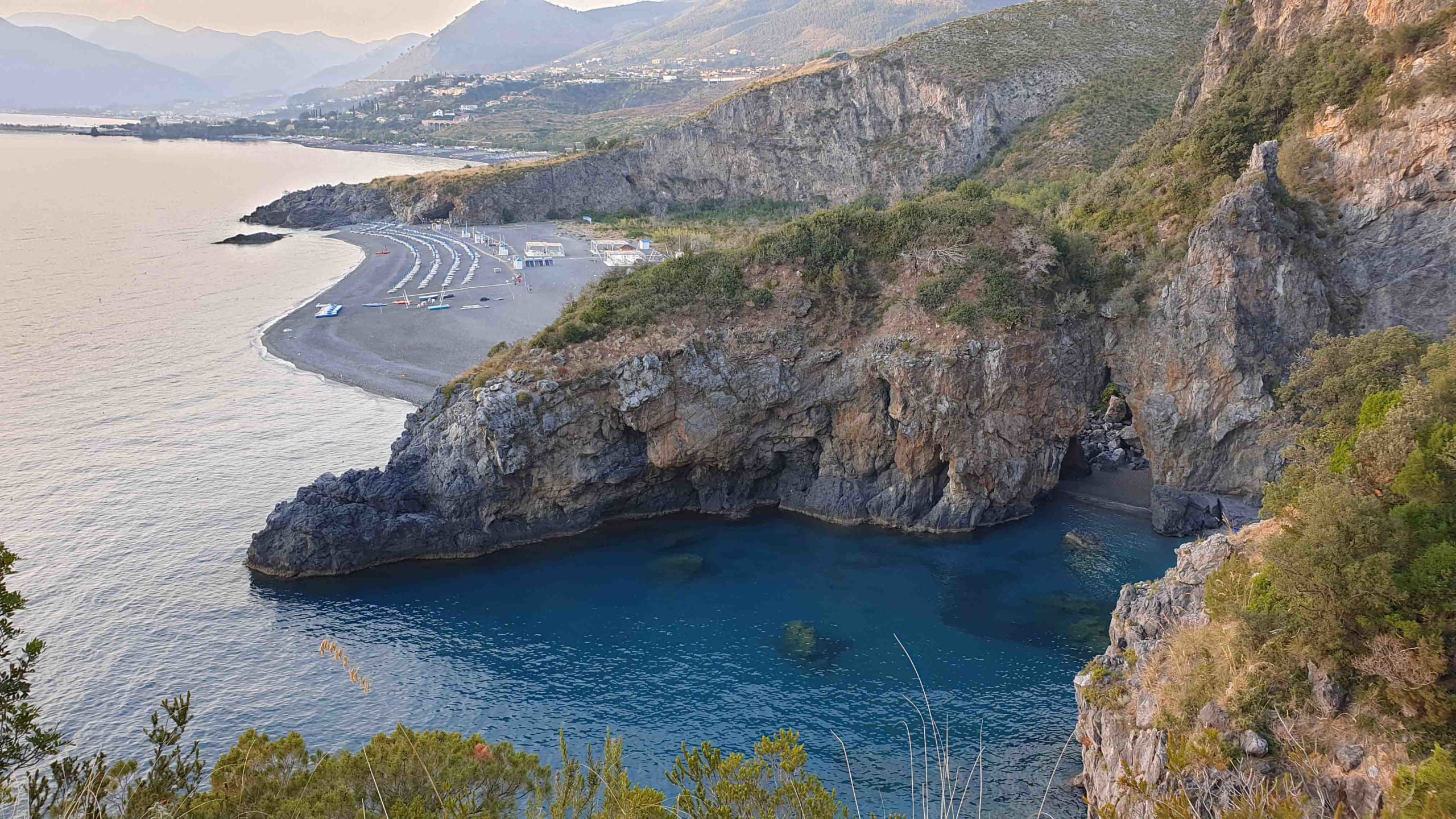 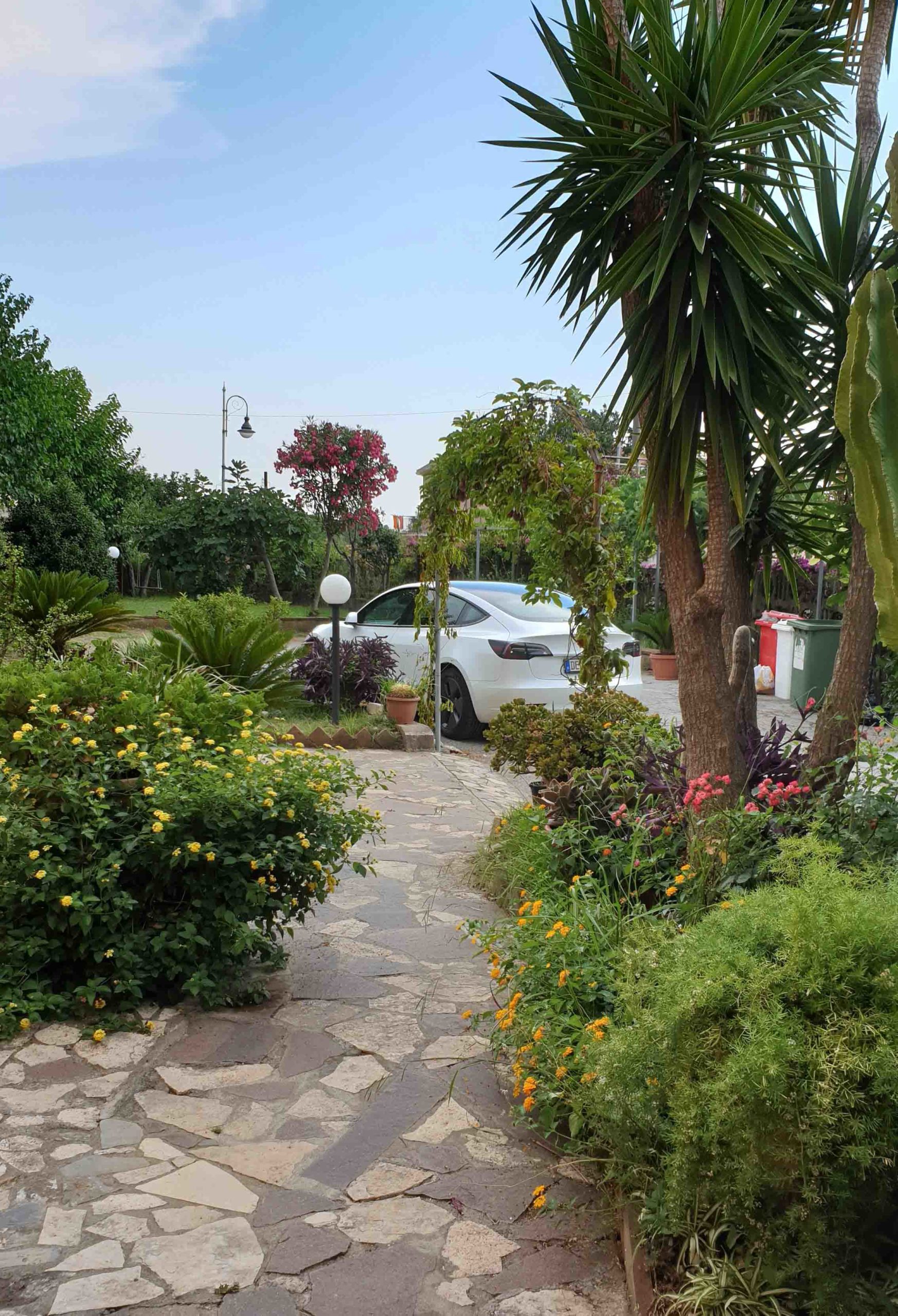 Driving the Tesla Model 3 across Europe

We hit the road from Delmenhorst, near Bremen, with 100% SoC (state of charge). Normally, our Model 3 should be able to cover 447 km on a single charge. I own the car since May 2021 and I never managed to do that but, to be frank, I didn’t try.

The reason for this is because I’d have to drive under ideal conditions, which I’m not keen to recreate and there are enough chargers available in Germany to be able to plan a trip and park the car at a charger upon arrival.

The furthest I drove on one charge, for the entire trip, was 288 km. I rarely drained the battery below 20% and sometimes we spent some 5 to 10 extra minutes at Superchargers after the car finished charging because we didn’t finish our meal or because of some other reason.

I used only 80% of the 55 kWh battery capacity my Model 3 has, mainly because I didn’t want to risk getting stuck in a traffic jam somewhere in +35°C (95°F) weather and have to worry about the battery level.

In total, we spent 7 days on the road. I would drive during the day and we would rest at a hotel or motel after nightfall. These were, usually, locations hosting the Tesla Superchargers: Ceprano Supercharger, across from the Hotel & Spa Villa Ida Ristorante in Ceprano, Italy; Sormas Supercharger at the István Parkhotel in Hungary; Vestec Supercharger, near the Motel u KRBU, in the Czech Republic. 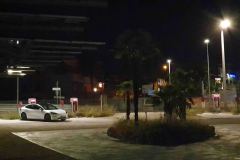 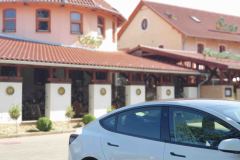 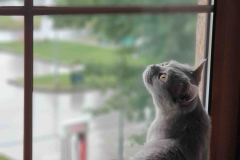 In the first day of traveling we drove to Lindau, a town on Lake Constance (Bodensee) in the border region between Germany, Austria and Switzerland. We covered 821 km and made 3 Supercharger stops. Arrived in Lindau, we spent 2 days visiting good friends and relatives, a mountain top in Austria (the Pfänder) and Amtzell, the town in which we booked our Small but Fine Airbnb. 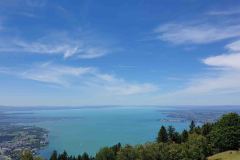 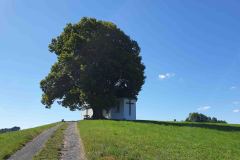 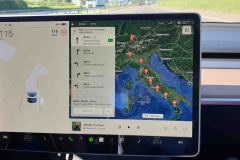 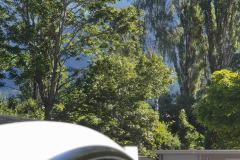 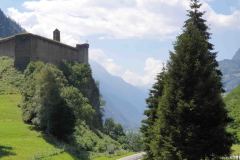 In the second day on the road, we resumed our trip towards Calabria, Italy. The first stop was Maienfeld Supercharger (not Minefield!) in Switzerland. Crossing Switzerland, we made a small detour to visit the Viamala Gorge and the Mesocco Castle Ruins. Our first stop in Italy was the Arese Supercharger, 17 km from Centro Storico di Milano (the historic centre of the city).

We were baffled to find that there are cicadas in Italy. I literally thought that these noisy insects are found only in Japan and, until now, I’ve heard the sound they’re making only in anime. Stopping at Arese was educating.

At the end of the day we arrived in Ceprano, 106 km south of Rome, and we ended up spending the night at Villa Ida, across from the Tesla Supercharger. We left behind us 1122 km and we charged the car five times. 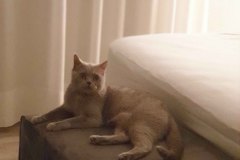 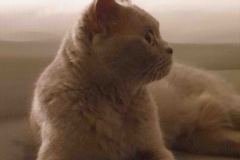 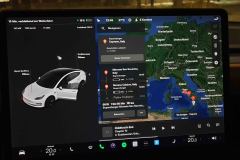 The next morning we had the colazione (Italian for breakfast). A very frugal breakfast. Next to fresh orange juice, we ate a croissant, bread slathered with jam and some fruit. We topped this up with an amazing Italian espresso and then we resumed our trip. 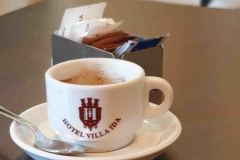 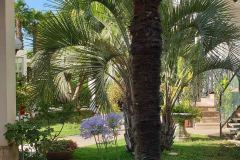 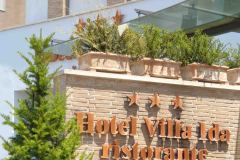 After two Supercharger stops, we were 20 km from our destination:  Figline Vegliaturo, a small town in the hills of Calabria. Because there were no Superchargers in the area, I stopped to charge the car at a non-Tesla charging station.

This was a “fast” 50 kW ENEL X Charging Station in Cosenza, which charged with not more than 44 kW. We didn’t spend more than half an hour here because the battery was at 84% when we arrived. Pewdiepie’s latest video helped to make the time pass by. 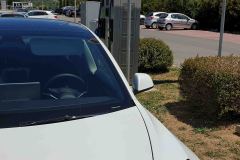 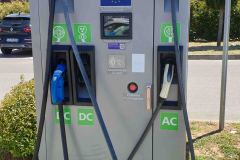 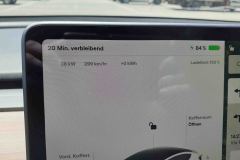 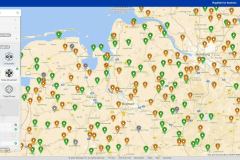 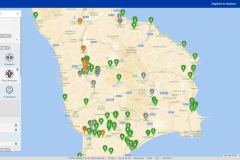 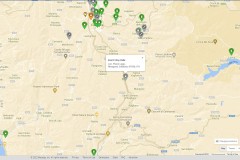 To activate the ENEL X charging stations in Italy, I used my EnBW card associated with the ADAC eCharge tariff. This tariff is offered by the operator EnBW to customers of the German automobile club ADAC. It has the advantages that you can charge in 17 European countries and the price is the same everywhere: €0.52/kWh for DC and €0.42/kWh for AC (at the time of writing).

Half an hour later we resumed our trip and at 4 o’clock in the afternoon we reached Figline Vegliaturo, towering 705 meters above the sea level, in this wonderful region of Southern Italy. In the third day of traveling since we left Germany, we covered 418 km, supercharged twice and charged, for the first time since we arrived in Italy, at a non-Tesla charging station.

This was the first part of our 3-weeks holiday. I was worried more about the motorway toll in Italy than about how and where to charge the car because the Tesla Supercharger network is The Thing enabling decent long travel with an EV. 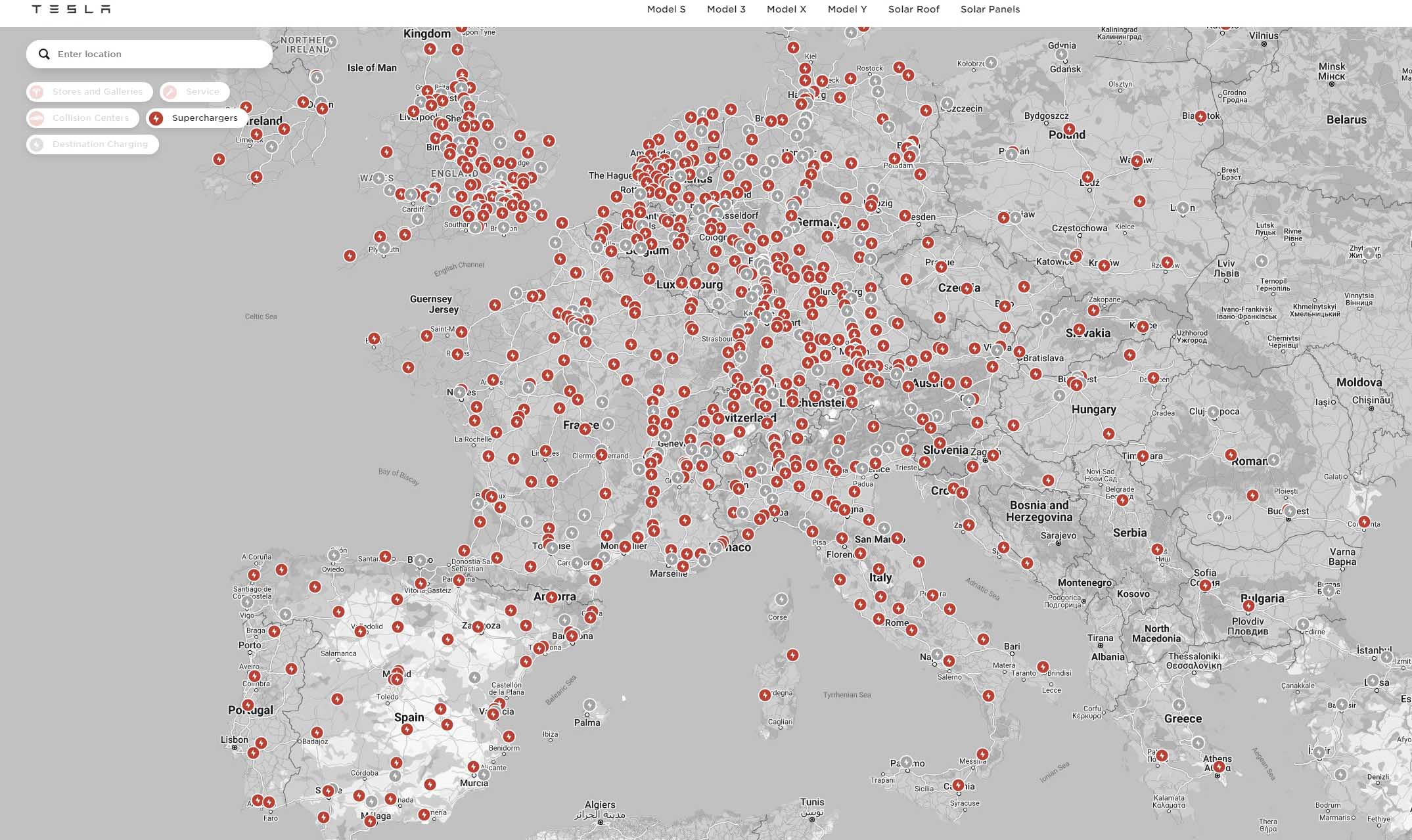 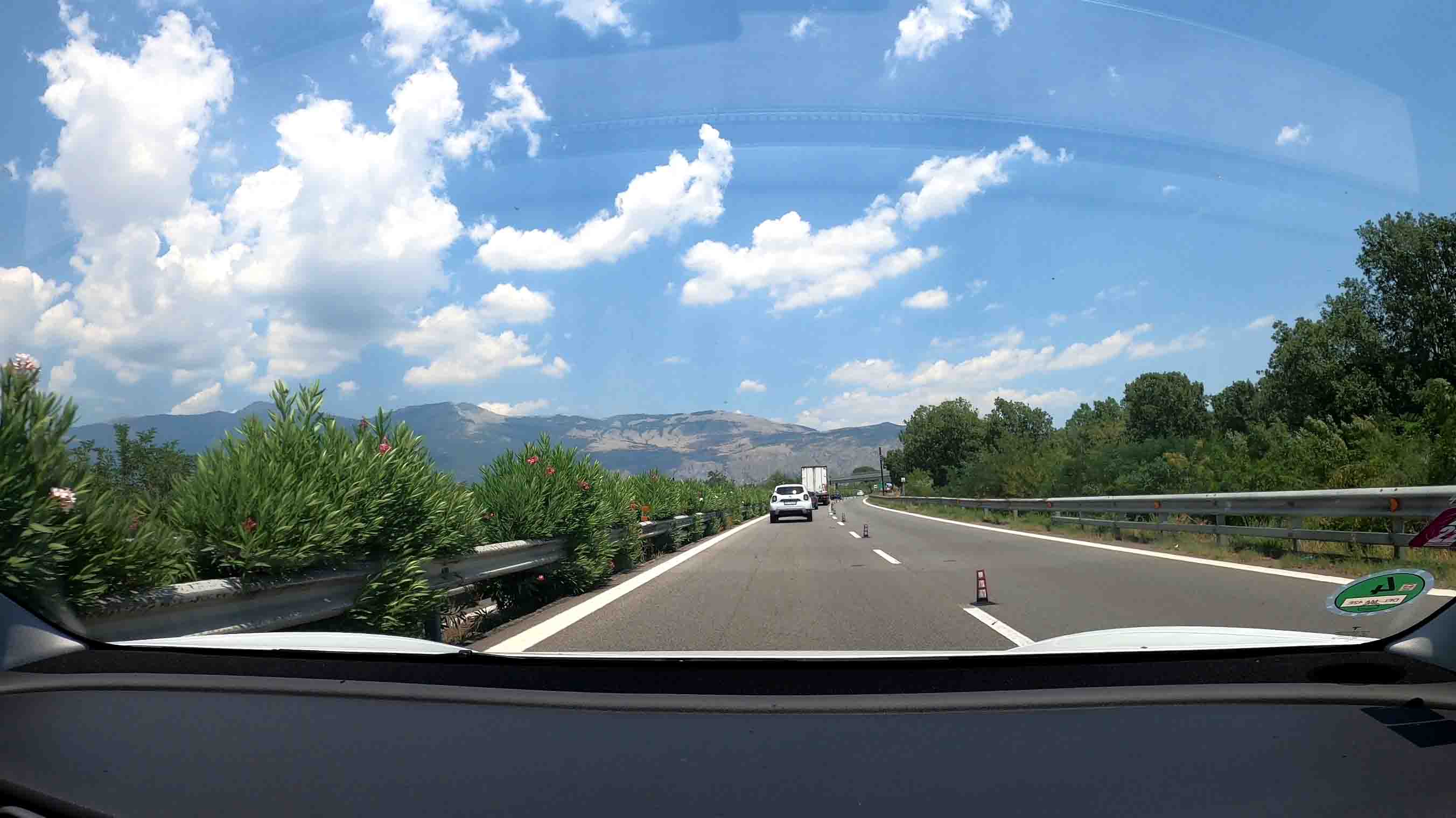 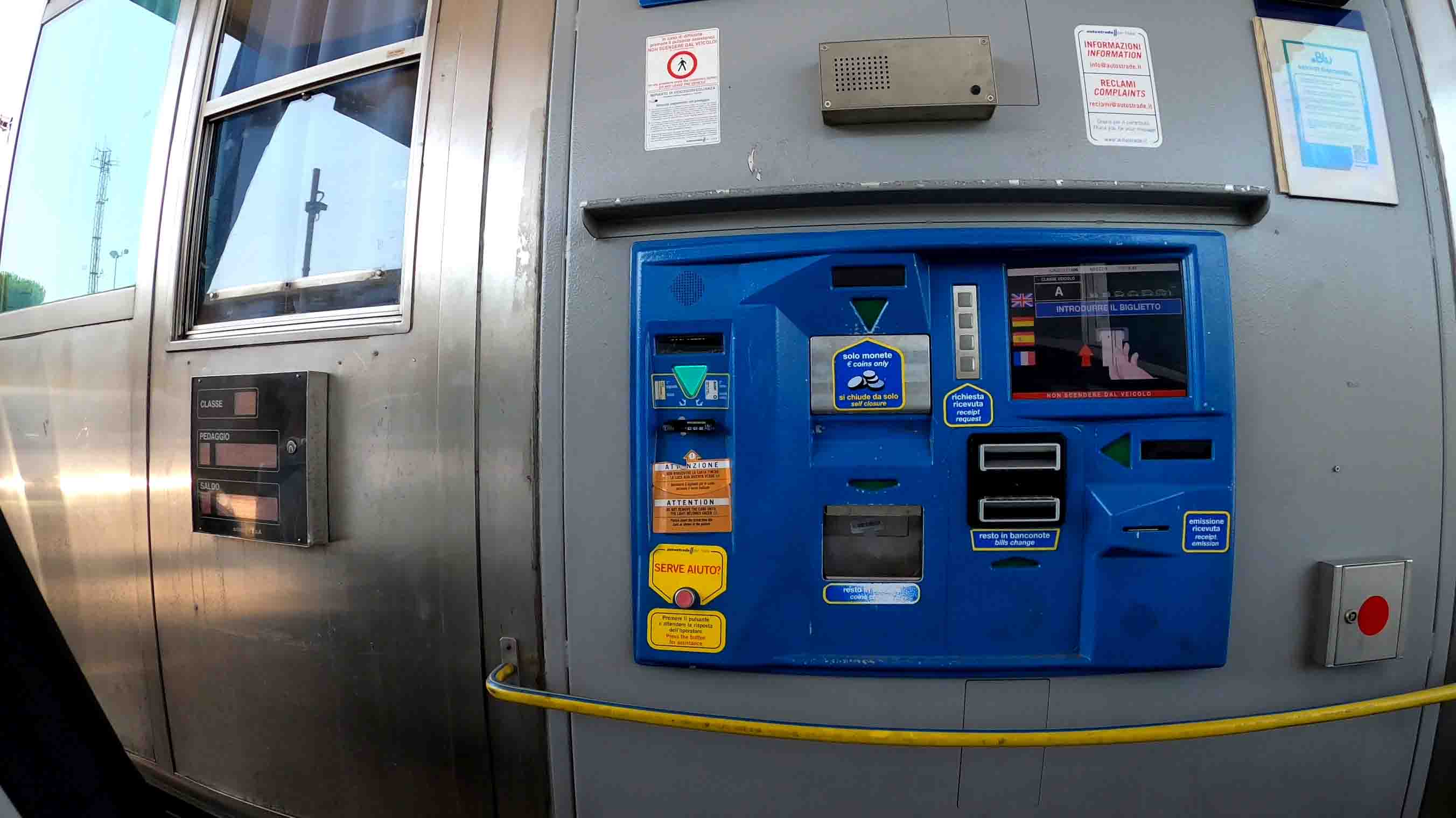 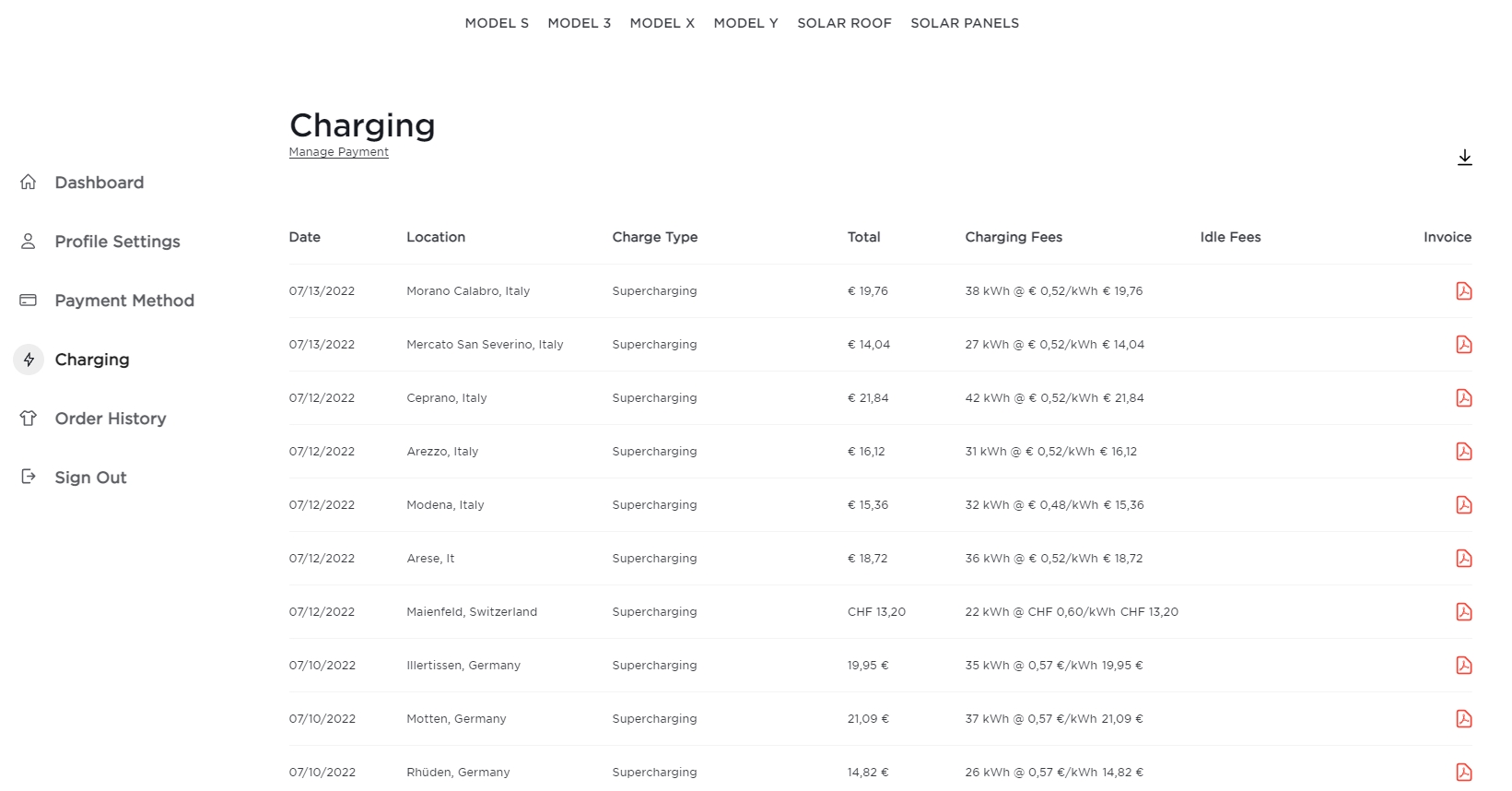 Traveling long distances with the Tesla Model 3 is in many ways better than with a conventional car. It’s definitely safer because of the breaks you have to make to charge the car, but also because of the driver assistance systems Tesla uses.

Close to 95% of the time I used the Traffic-Aware Cruise Control feature. You don’t have to worry about anything else than steering the car. It will take care to maintain the speed you specify, the distance from the other cars and it will break in case of an emergency.

Whenever I needed to check the map or search something on Spotify, I would use the Autopilot. When you activate Autopilot, you only have to supervise the car driving. It’s not perfect and it will surprise you but it’s a total game changer when it’s dark and you are tired.

The motorways in Italy are good. Not as good as in Germany or Switzerland but not far behind. Very expensive though: we paid €66 for 1330 km driven in Italy!

The motorway toll in Italy is a pain in the a**

With an electric vehicle you have to exit and re-enter the motorway more often than with an ICE vehicle and every time you have to stop at the toll gates. Kind of annoying. An alternative would be to buy the Telepas, a wireless device which charges you directly the road-toll and opens the gate. It should serve for a more pleasant experience.

The energy costs for 2361 km traveled from Northern Germany to Southern Italy were €196. From this, €175 went to Tesla, through the Supercharger network. The other €21 to local operators in Germany and Italy. That is a ration of 90% to 10! Tesla’s Supercharger network continues to grow at a fast pace, while the other operators are still debating if electric cars are a thing or not.

All in all, we had a great time on the road: we enjoyed driving through Germany, Austria, Switzerland and Italy; we used every supercharger break to loosen our legs and energize; above all, we arrived at our destination safe and rested.

The time we spent in Italy was unique. It’s amazing what a diving mask and snorkel can offer you: the entrance to the underwater world. Mysterious and wonderful, as nothing you have ever experienced before. I can’t wait for the next opportunity to return.

After a week it was time to continue our journey. It wasn’t easy to resist the temptation to stay a couple of days extra in Calabria, maybe even a week, but there were many dear friends and family waiting for us 2300 km further east, in Romania.

We crossed Italy again, though from south to north this time around, drove through Slovenia and Hungary and reached our destination 31 hours later. If you want to find out more, follow me on YouTube and stay tuned for the next posts about this trip.