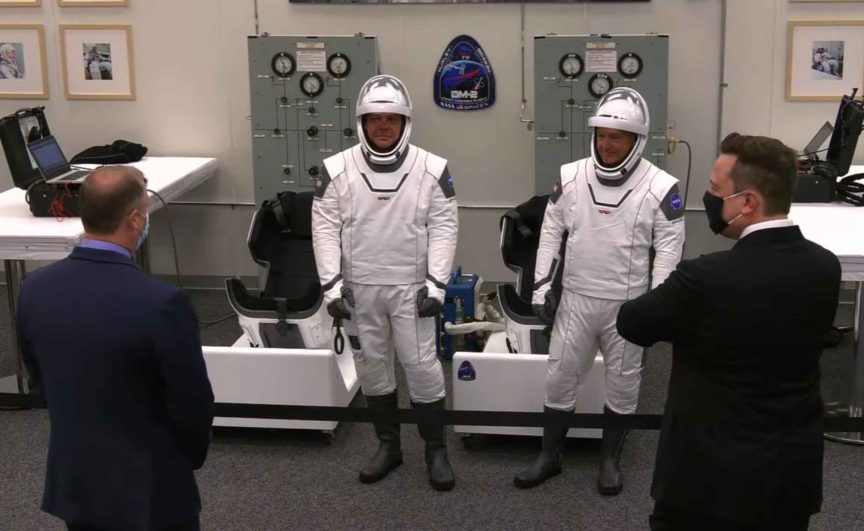 With an estimated net worth of more than $185 billion, Elon Musk, the CEO of Tesla and SpaceX, became in January 2021 the world’s richest person. This “title” was previously held for three consecutive years by Amazon’s founder, Jeff Bezos, whose net worth was Thursday at $184 billion.

More electric cars on the roads

At the end of 2019, Elon Musk owned 20.8% of Tesla’s shares (TSLA) and had a “negligible” net worth of about $25 billion. The ensuing astronomical growth in Musk’s wealth is directly connected to Tesla. At that time, the share price was around $83.66, but steadily growing. Starting with the end of 2019, Tesla has embarked on a ride from being “one of the automakers”, to becoming the world’s most valuable car maker by market capitalization.

A series of events have put Tesla on this skyrocketing path: Tesla has managed over the course of 2019 to overcome the production difficulties plaguing their most affordable vehicle, the Model 3; they unveiled a compact SUV, the Model Y and revealed important updates regarding their Full Self Driving (FSD) program; they unveiled their upcoming pick-up truck, the Cybertruck – ugly to some, irresistible to others; ended 2019 generating $24.22 billion revenue, backed by two consecutive quarters of profitability. From this point onwards, Tesla’s stock price has steadily started growing and, with it, Elon’s worth.

During March/April 2020, Tesla’s stock surge made a short “pause dip” and, at the end of April, emerged stronger, defying the predictions of all market analysts and skeptics. At the end of 2020, Tesla’s stock finished at $705.67 and Elon Musk was the world’s second richest person, having before him only Jeff Bezos. Based on outstanding performance during 2020, when the entire car industry was on a downward slope, Tesla’s stock continued to grow this year. It closed the first trading week of 2021 at $880.02, bringing Tesla to a market cap of $834.17 billion and Elon Musk at an estimated $185 billion personal worth. At the moment, four US companies stand in front of Tesla: Google ($1.218 T), Amazon ($1.597 T), Microsoft ($1.660 T) and Apple ($2.222 T).

Elon Musk’s public reaction to these latest news was voiced in a series of posts on Twitter. He said: “How strange” and “Well, back to work”. He also highlighted on his Twitter account a previous post, in which he emphasized that he spends his money on his two capital goals: to help resolve problems on Earth and to establish a self-sustaining city on Mars.

While many responded to his posts congratulating him for his hard-earned achievements, there were some which denied his right to hold so much money and took to giving unsolicited financial advice: “Thank you for what? He doesn’t even donate 1%”; “While hoarding a large portion of the world’s wealth instead of helping the people? No thank you”; “It would be much more productive to give back to poor communities with that 190 BILLION”.

Many would agree with these last statements, because envy and resentment have always provided a “ready to give” answer to those who refuse to do the research but, despite this, feel the need to voice their thoughts in public. The rich have always been the gossip of the not so rich, and the boss the scapegoat for all the dissatisfaction of his employees.

How did Elon Musk reach the top?

While other CEOs benefit from the full package of the American capitalist dream – with seven-figure yearly salaries and bonuses, Elon Musk has agreed to an excruciating compensation award plan that denies him any recompense at all, if the goals are not met within the 10-year pre-specified time frame.

The performance award plan that Elon Musk has agreed to is, in short, the following: if he can bring Tesla’s valuation to $650 billion in 10 years (with agreed upon milestones for every year), he will receive stock options worth $55.8 billion. When he will exercise his right to collect the bonuses, “with limited exceptions”, he will not be allowed to sell his shares for 5 years, starting with the date of acquisition.

If Elon Musk isn’t able to achieve the “applicable performance milestones” in time, or these will be restated after achievement (reevaluated and downgraded), he will receive nothing; a compensation recovery policy was mutually agreed upon (commonly referred to as a “clawback policy”). It seems a tough deal and it is. High risk, high reward.

Another source of Musk’s worth is SpaceX. In 2020 SpaceX was the first private company to send astronauts in space from US soil. This, and the continuous improvement of the Starlink satellite infrastructure (intended to provide internet all around the world), have led to a valuation of the company to more than $50 billion. Because Elon Musk owns 54% of the company, this added a further $7 billion to his net worth.

How can anyone desire so much money?

Elon Musk is at the moment one of the most famous persons alive, and not without good reason. But he’s also been called “the broke billionaire” because he lives modestly, invests all his money in his businesses and, often, borrows money from friends to cover other personal needs. He lives on a tight schedule, zips from one company to the other and, sometimes, sleeps where he works.

Elon Musk’s “190 BILLION” dollars aren’t liquid money (full bank account and such); he received a salary from Tesla – the minimum wage mandatory under California law – but he never cashed this money and left it in the company’s accounts.

Elon became the world’s richest man because Tesla agreed to sell him about 12% of the company’s shares if he will make the company profitable, which he did. From how I see it, Elon Musk would have to sell a part of his share in Tesla to get this money and he would probably do it only if he will need to invest more money in his other companies.

Tesla is so successful today because they build the most compelling EVs on the market and, at the same time, they put at their client’s disposal the world’s best charging infrastructure via Superchargers. Aside from this, Tesla provides clean energy solutions (solar roof/panels and energy storage), it is close to releasing Full Self-Driving software for almost all their cars and will provide car insurance for its customers. It also has the potential to become one of the world’s biggest battery manufacturer.

Billions, the secret to success?

Tesla is this successful company we see today because of its dedicated people, but also because of its workaholic CEO who doesn’t want to hear that something is impossible. The same applies to SpaceX. Aside from being the CEO of these companies, he’s also directly involved as an engineer in designing the rockets SpaceX flies and the cars Tesla sells.

If someone else would have been better than him at these things, it’s pretty certain the world would have seen it by now. But there isn’t. Yes, solving community problems is important, and a lot of good people are doing this every day, but not many billionaires sacrifice their personal life and well-being to make human space travel a reality and, at the same time, to bring about a revolution in the way we use renewable energy.

Tesla produced and delivered half a million cars in 2020

The cheaper Model 3 and Y were the top attraction for Tesla’s customer base while the older Model S and X represented a little more than 10% of the total vehicles produced.