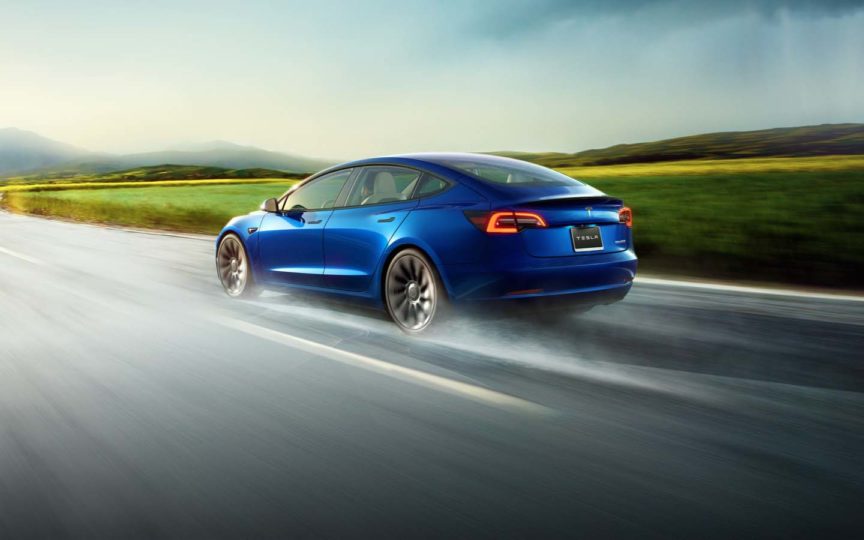 The Tesla Model 3 has been the best selling electric vehicle for three consecutive years. It started production in the second half of 2017 and it's responsible for bringing Tesla to the brink of bankruptcy. Nevertheless, it has become Tesla's best selling car, available in 38 countries worldwide. The starting price for the basic version (named "Standard Range Plus") fluctuates between $38,000 and $70,000 (€31,000 - €57,000) globally.

The Model 3 Standard Range Plus comes with one electric engine and Rear-Wheel Drive, while the other two versions - Long Range and Performance - are both sold with a "Dual-Motor" All-Wheel drive (which means that they have two electric engines integrated in the rear and front axles). The big difference between the Model 3 sedan and the Model Y compact SUV rests in cargo space. The Model 3 has a cargo space of 15 cu ft (543 liters), while Model Y has an impressive 68 cu ft (1,900 liters) worth of space. In addition to this, Model Y has the possibility to offer seating up to 7 adults.

Although the starting price in some counties is very high, government incentives help to bring down the final acquisition price, in some cases with up to almost $12,000 (€10,000). Examples of such incentives are tax exemptions, bonus-malus systems and purchase incentives. One of the countries that offers in 2021 such a high EV purchase incentive is Romania.

The tables below present the prices for the Model 3 in the first part of January 2021. The currency conversion was done at the time of writing and it may not be entirely accurate at a future date. Also, prices converted to US Dollar and Duro have been rounded for esthetic reasons. You can sort the values in each column, as well as search for specific data.

In China, the Model 3 Standard Range Plus is named "Standard battery life upgraded version" and it has slightly more range than the US and European counterparts, probably due to different driving cycle estimates (in China the Guobiao standards represent the norm).

Tesla stopped selling the Model 3 Long Range in China in the second part of 2020, apparently because of low battery cell supply. According to the Twitter user Kelvin Yang, "the cell supply for LR RWD Model 3 has been diverted to AWD Model Y. I’m not expecting a step increase in production when there’s a cell shortage but the margin will rise as price goes from ¥310k to ¥340k" ($48 to $53). It would seem that Tesla is redirecting resources, so as to be able to sell a car that has a higher price (Model Y) and would thus bring more money per cell.

For both versions of the Model 3 available at the moment in China, in the Tesla "Design Studio" it is specified  that you are ordering a Model 3 “Made in China”.

Tesla lists different range values in different countries because they rate the mileage of their cars based on “local” driving cycles. In North America, the EPA represent the norm, in Europe and some Asian countries the WLTP, in China the GB standards (Guobiao standards). In Australia and New Zealand the NEDC are the official EV driving range estimation procedure. Each of these norms focus on different driving behavior and conditions, such as long-range driving vs. short-range, average temperature during the test, duration of the test etc.

South Korea is a peculiar case. At the moment, it appears that Tesla is selling there only the pre-refresh Model 3. The price is not much higher than in other markets but the range of all the Model 3 versions is smaller than anywhere else in the world. This is probably caused by the fact that the Ministry of Environment in South Korea, responsible with testing and inspecting all vehicles in the country, takes into account different driving conditions than the authorities in the US or Europe.

In 2020 Tesla produced half a million electric vehicles. 454,932 alone were Model 3 and Y. Because Tesla combines the numbers of Model 3 and Y in their quarterly vehicle production and deliveries report, it is not clear how many from this total number were Model 3. However, it is expected that Model 3 sales represent at least half of the combined sales of the two models because it had access to the global market, a feat that Model Y has yet to achieve.