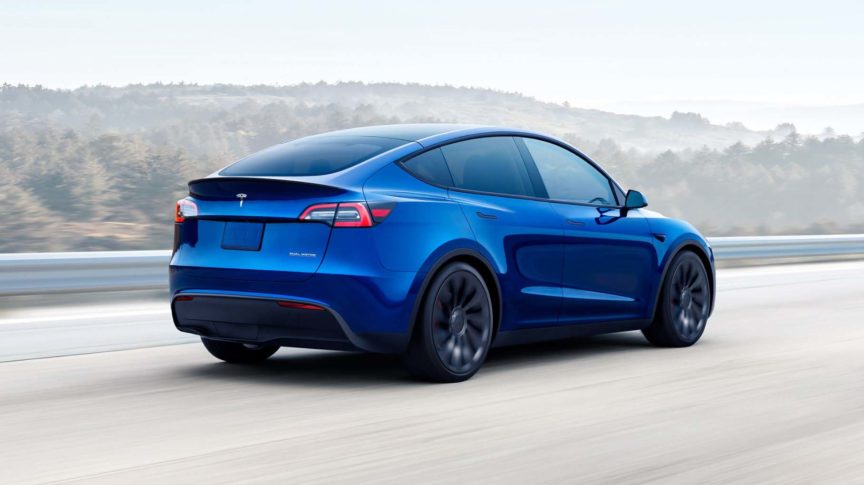 Tesla is constantly adjusting the prices for the vehicles in their lineup, based on new improvements in the manufacturing process, new technologies and availability. Below is a snapshot from January 2021, with the starting prices and some basic specifications of the Tesla Model Y on different markets around the world.

In the Europe, the prices vary from country to country: some are in euro, some in krone, some in francs. The prices converted in euros and dollars are rounded to avoid too much clutter. The same method is applied for other foreign currencies.

In terms of range, Tesla lists different numbers in different markets because they rate the mileage of their cars based on “local” driving cycles. In the US, Canada and Mexico they use the EPA Federal Test Procedure, in Europe, Japan, Taiwan the WLTP (world harmonized light-duty vehicles test procedure), in China, the GB standards (Guobiao standards) and in Australia and New Zealand the NEDC (New European Driving Cycle). Each driving cycle yields different results because it emphasizes slightly different driving conditions. For example, long-distance cruising weights more in the EPA tests than it does in the WLTP – where city driving is more important – whereas in China, the Guobiao standards combine practices from both the EPA and WLTP, in addition to creating their own.

Tesla started production of the Model Y (compact SUV) at the beginning of 2020 in Fremont, CA. The Model Y is based on the same platform as Model 3 and, during 2020, it was delivered only in the US. In January 2021, Tesla started delivering the Model Y in China from their Giga Shanghai plant, after it drastically reduced the price of the SUV from $74 000 to $52 000. It is rumored that the order number surpassed 100k within 10 hours of the price drop.

The Model Y is not available in all the markets in which Tesla usually sells. Where it is available, Tesla sells it in two versions: Long Range and Performance. Both versions have all-wheel drive, with two electric engines - one on each axle - and a range of 326 mi (525 km) for the Long Range and 303 mi (488 km) for the Performance. Below are the prices and the estimated range for the Model Y around the world. The result of the conversion from miles to kilometers and vice versa, is rounded.

In China, the Model Y Long Range is named Model Y “Long battery life”. At the beginning of the order process, it is specified that you are ordering a Model “Made in China”.

The difference between the Long Range and the Performance Model Y in China is only about $4700!

*The currency conversion was done at the time of writing the article. It may not be totally accurate at a future date.

2020 was, in many ways, a record year for Tesla: production record, expansion, breakthrough in self-driving technology. The car maker managed to produce 454,932 Model Y and Model 3 - in roughly seven months. From this total, 163,660 were produced in the last quarter of the year! Starting with March 13 2020, Tesla delivered to US customers 442,511 Model 3 and Y. Because Tesla bundles together Model Y and Model 3 numbers, we don't have access to the individual numbers of each model produced.

In total, Tesla produced in 2020 an astonishing 509,737 number of cars (Model S/X and 3/Y) and managed to deliver 499,550 to customers, in a year when the main factory in Fremont, California, was closed for 6 weeks because of the COVID-19 pandemic and customer interest dropped in almost every sector.