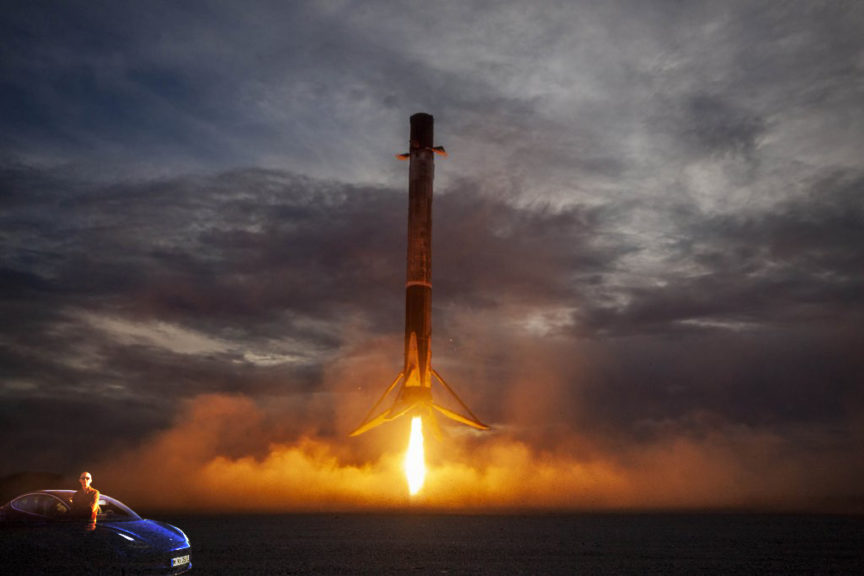 The week before Christmas 2020 brought a number of important updates from Boca Chica, SpaceX’s development site for Starship. The next iteration of Starship (SN9) has been taken out of the high bay and moved to the launch site. This follows an unexpected incident which has happened in the second week of December, only hours after the flight test of the previous Starship rocket: the meal frame on which SN9 was sitting upright gave way, causing the prototype to smash on the side of the structure. Fortunately, nobody was injured and the damage was not major but it was a close call. If the metal stand gave way toward the opening of the assembly bay, the result would have been totally different.

Two days before Christmas the repairs on SN9 have been completed and the rocket was successfully rolled to the test site. While in place on the launch pad and still hooked to the giant crane, the third SN49 Raptor engine was installed.

SpaceX is already developing the Super Heavy Booster, one of the two parts which will form the Starship spacecraft. This 240 ft (73 m) rocket will be Starship’s first stage of and will have enough force to carry more than 100 metric tons (220 klb) of cargo into orbit and deep space. In aerial photos with the Starship high bay assembly structure, parts (in development) of the Super Heavy booster can be seen after SN9 was taken out.

Asked when we should expect to see this booster on the launch pad, Elon Musk answered that in a few months’ time.

Elon Musk said on Twitter that, at the moment, his time is divided between engineering, design and managing the companies he’s CEO of. Asked if we should expect another company “branded” E. Musk to go public soon, he responded that Starlink might be the next in line, but only after it will begin to provide recurring revenue. This goal is still some launches away because a number of reports show that the Northern Hemisphere is not yet sufficiently covered by the SpaceX’s constellation of satellites.

A day before Christmas, SpaceX has released on their YouTube channel a new video with the Recap of the Starship SN8 high-altitude flight test. In addition to the material already present in the original flight test video, this Recap features exclusive images with the moment of ignition from below the rocket’s three methalox Raptor engines as well as shots from inside the rocket’s “engine compartment”, which highlight the moment each Raptor shuts down during the ascent.

Asked if the next Starship prototype (SN9) will require serious updates to avoid the problems related to the header tank pressure which “disassembled” (rapidly) the SN8, Elon Musk responded that the changes needed to be done are minor (and are probably completed because SN9 is already on the launch pad).