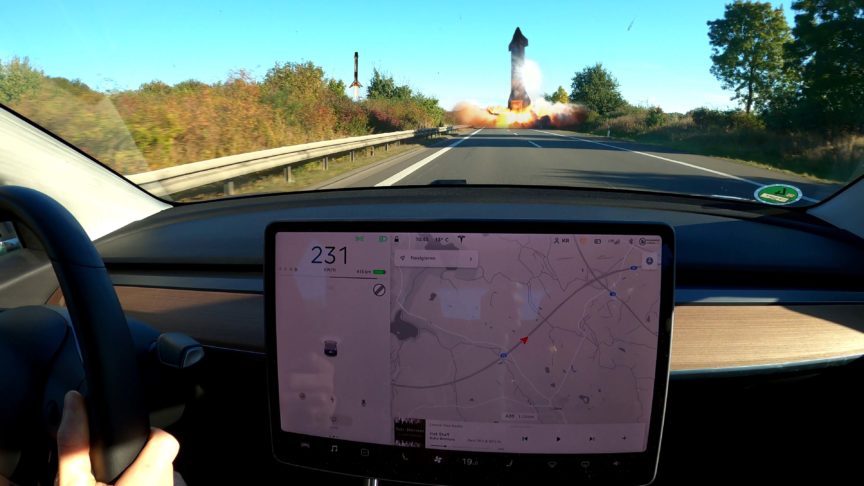 Apple is reportedly releasing an electric vehicle around 2024. The news is somewhat puzzling as this will mark approximately 10 years since the debut of Apple’s Project Titan, which intended to build a compelling self-driving EV to challenge Tesla.

Not much has been heard from this endeavor since, with news of new hirings and partnerships popping up here and there. This week though, new information has surfaced, detailing the type of battery integration they will use as well some of the sensor technology they will employ. According to Brett Winton, Director of Research at ARK, it appears that Apple took notes from Tesla’s Battery Day and added the word “monocell” in between. They plan to bring into play a “radical” new battery design that will reduce the overall cost of batteries and, at the same time, will provide more range. In part, this will be achieved through a “monocell” structure which will maximize the active material used and through a particular battery chemistry based on lithium iron phosphate.

Throughout its existence Apple is known to possess great innovative talent and they seem to hint at something similar in this case, but experts in the field contradict this approach. For example, Elon Musk is of the opinion that a “monocell” structure is not a viable option because it will be impossible to achieve the required voltage necessary to efficiently power an EV.

As for the self-driving component of the upcoming Apple car, they plan to use LiDAR sensors, a technology that has been repeatedly classified by Elon Musk as too expensive and unnecessary for achieving full vehicle autonomy.

– Tesla already uses iron-phosphate for medium range cars made in our Shanghai factory.

– A monocell is electrochemically impossible, as max voltage is ~100X too low. Maybe they meant cells bonded together, like our structural battery pack?

It might be a long leap, but some of the developments announced by the makers of the iPhone are suspiciously identical to what Tesla announced in terms of new battery technology back in September 2020, at their Battery Day event. On the other side, it can be that this path – first described by Tesla – is the only feasible way to innovate in terms of new battery technology. At the moment.

“I reached out to Tim Cook to discuss the possibility of Apple acquiring Tesla.”

Another news involving Apple is Elon’s disclosure last Tuesday that he considered selling Tesla to Apple. The background is as follows: Tesla had big problems between 2017 and 2019, when they were struggling to scale up the production of the Model 3. The company was about one month away from bankruptcy. This means that their cash reserves would have been depleted in this “last month” and a general restructuration of the company would have been inevitable: jobs down the drain, delivery targets scrapped and it’s very possible that Tesla as we know it would have been history.

Closest we got was about a month. The Model 3 ramp was extreme stress & pain for a long time — from mid 2017 to mid 2019. Production & logistics hell.

It was during this difficult time – Elon was sleeping on a couch in the factory – that he contacted Tim Cook, the CEO of Apple, to discuss the possibility of Apple acquiring Tesla for about $60 billion. It’s not known why, but Cook refused to even take this proposal into consideration.

That’s because Tim Cook is an operations guy and always will be. Jobs was the visionary and would have understood your request and probably would have met to discuss at a min, the vision you had created for the business. $TSLA

One of the reasons why Tim Cook was not interested in Elon’s proposal might be the fact that, at that particular time, Apple themselves were working at their own electric car via Project Titan and they didn’t want to split their talent (they were sure not lacking in capital). Another reason, at the complete opposite side, might have been a simple lack of interest in the auto market on Apple’s side, as Hal Eddins – Apple shareholder and vice president with the Capital Investment Companies – recently said: “Still don’t really see the appeal of the car business”.

Probably just to tease, last Sunday Elon Musk showed interest in a suggestion coming from a Twitter user to convert the $TSLA balance sheet into Bitcoin. According to Michael Saylor, this will end up a $1 trillion favor for the Tesla shareholders.

Are such large transactions even possible?

Con or not, this tweet attracted a lot of heat from Elon’s followers, with some being enthusiastic about the idea while others criticizing it as total irresponsible madness. Elon’s approach was more on the side of parody, having earlier changed his Twitter Bio to “Former CEO of Dogecoin”.

« Former CEO of Dogecoin »… such a troll 😂😂😂 ! Honestly it would be awesome to have @elonmusk on a #bitcoin podcast @stephanlivera @APompliano @laurashin to clearly expose his opinion, because I still don’t really know. pic.twitter.com/PAO5WspTwz

Giga Berlin will be the largest and cleanest battery production facility in the world. Range updates. Tesla Semi will travel 1000 km on a single charge.

This website uses cookies to improve your experience while you navigate through the website. Out of these, the cookies that are categorized as necessary are stored on your browser as they are essential for the working of basic functionalities of the website. We also use third-party cookies that help us analyze and understand how you use this website. These cookies will be stored in your browser only with your consent. You also have the option to opt-out of these cookies. But opting out of some of these cookies may affect your browsing experience. You can consult our Privacy Policy by following this link: https://travelwithtesla.com/privacy-policy/
Necessary Always Enabled

Any cookies that may not be particularly necessary for the website to function and is used specifically to collect user personal data via analytics, ads, other embedded contents are termed as non-necessary cookies. It is mandatory to procure user consent prior to running these cookies on your website.