Tesla is on track to become a trillion dollar company

According to the Tesla’s 2020 Q4 Earnings Report released on the 27th of January 2021, the US technology giant has registered the biggest growth any company has seen in the automotive, solar and energy storage industries in 2020.

*in millions, except percentages

Based on strong demand for the Model 3 and Model Y, in the US and abroad (Model 3), as well as for their energy services, Tesla has delivered in 2020 half a million vehicles and they installed 175 MW of solar roof/panels and 3,022 MWh of energy storage.

Compared to 2019, Tesla has seen an increase of 61% in vehicles deliveries, 59% in solar roof and panels sales and 199% in energy storage deployment.

The Full Self Driving (FSD) software has made significant progress and it’s nearing public release. At the moment, about 1000 beta testers are using the software in live traffic, with little interventions. Every new iteration of the software is showing significant improvements in difficult situations, such as unprotected left turns, pedestrians on the road and complex intersections.

According to Elon Musk, the public release of FSD will easily justify $1T valuation and will put Tesla on track to own the biggest robotaxi fleet in the world.

All of Tesla’s cars around the world have received in 2020 a number of important over-the-air updates. The most significant ones included range updates to the S3XY lineup, with as much as extra 20 miles (32 km) of range added in some cases.

In March 2020, Tesla’s Fremont plant has started deliveries of their compact crossover SUV, the Model Y. Three other Gigafactories will join the effort: Shanghai, Berlin and Texas.

In Shanghai, along the existing Model 3 production, Tesla has started in December 2020 the production of the Model Y. The giant casting machines pictured below will contribute to a production rate of over 300,000 vehicles/year.

Giga Berlin is advancing quickly: the plan to begin Model Y production in this summer still stands. Tesla has received approval to build the battery facility; the main approval for the entire complex is expected to be received in Q1. 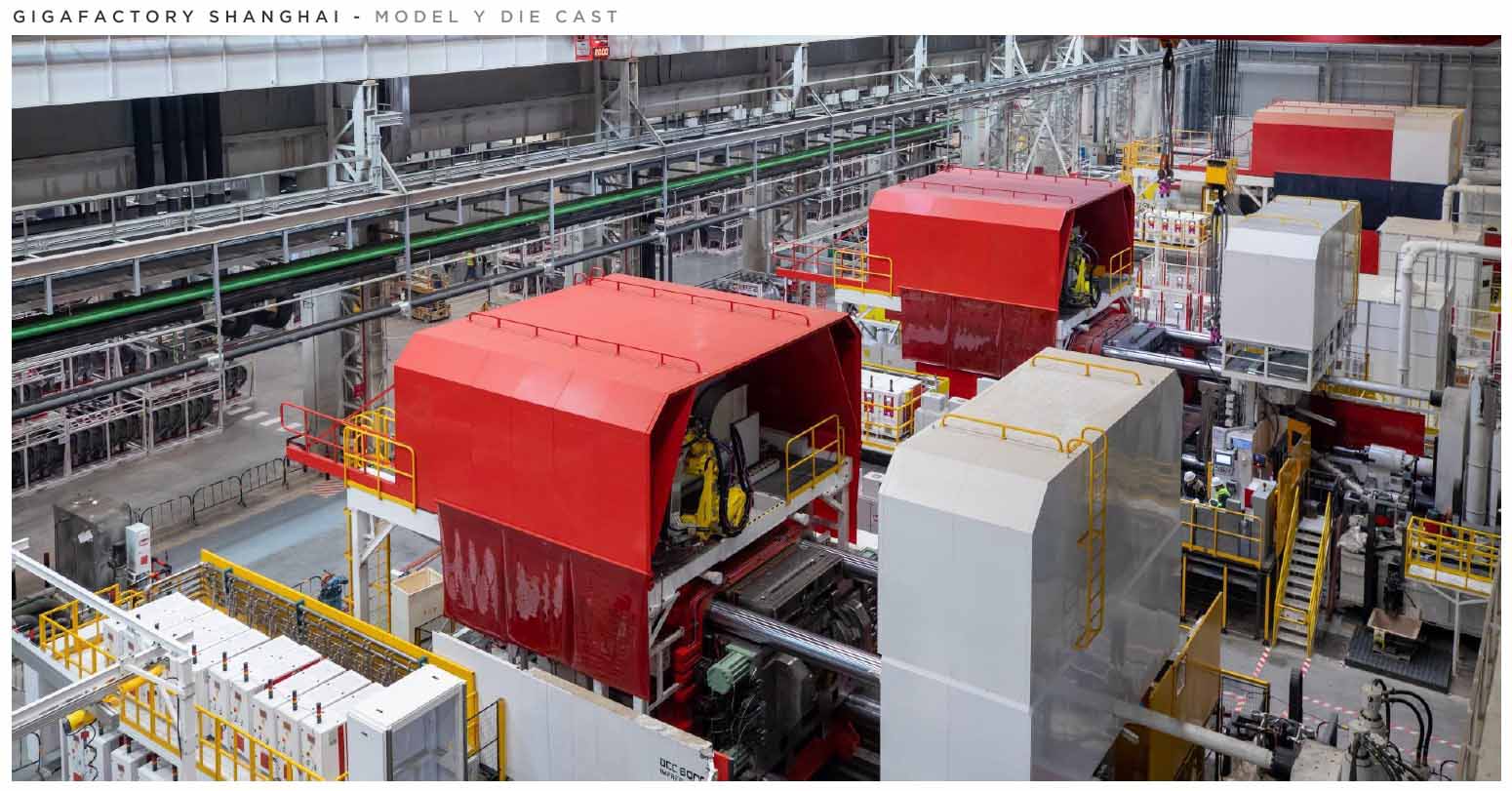 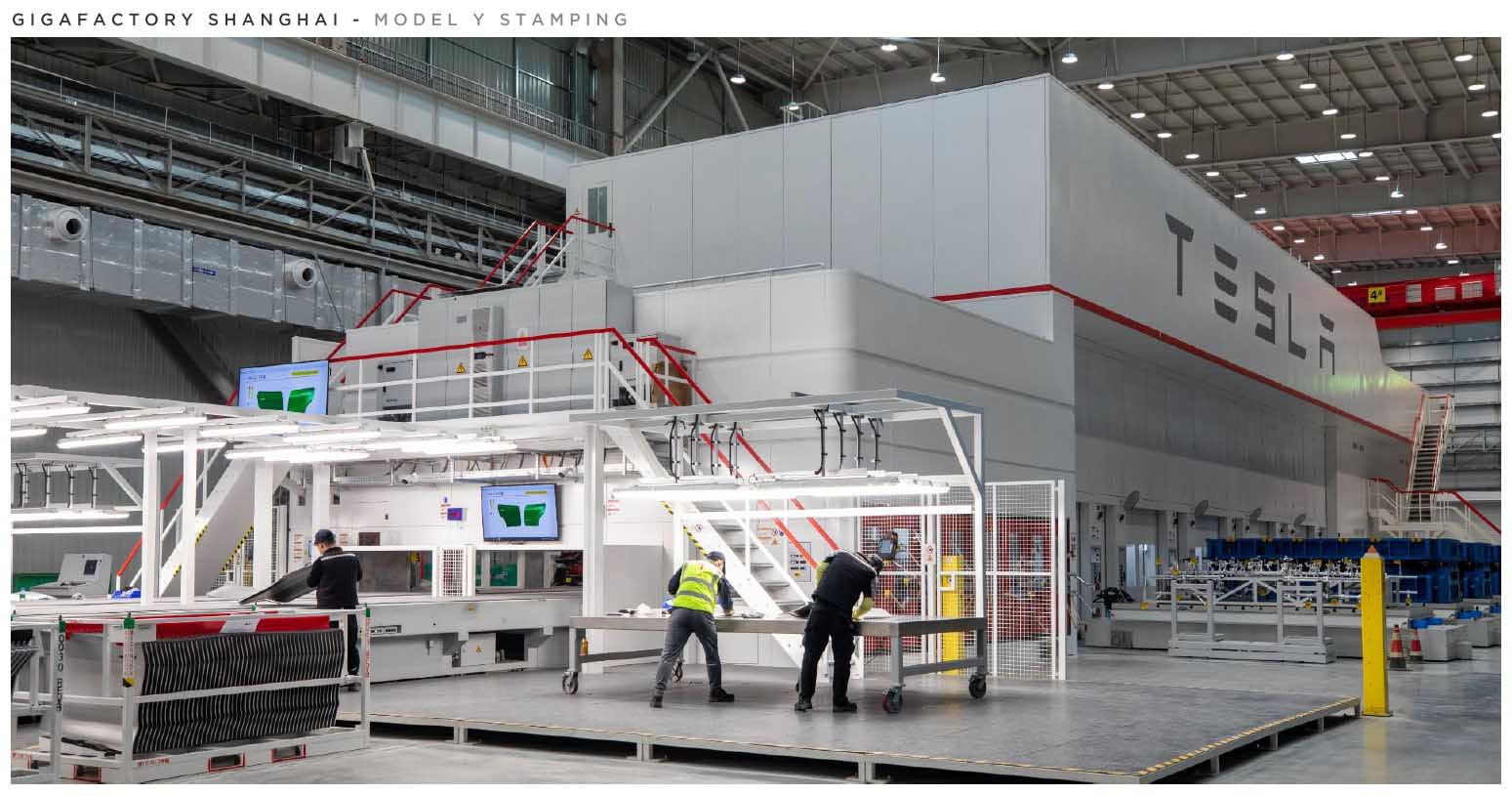 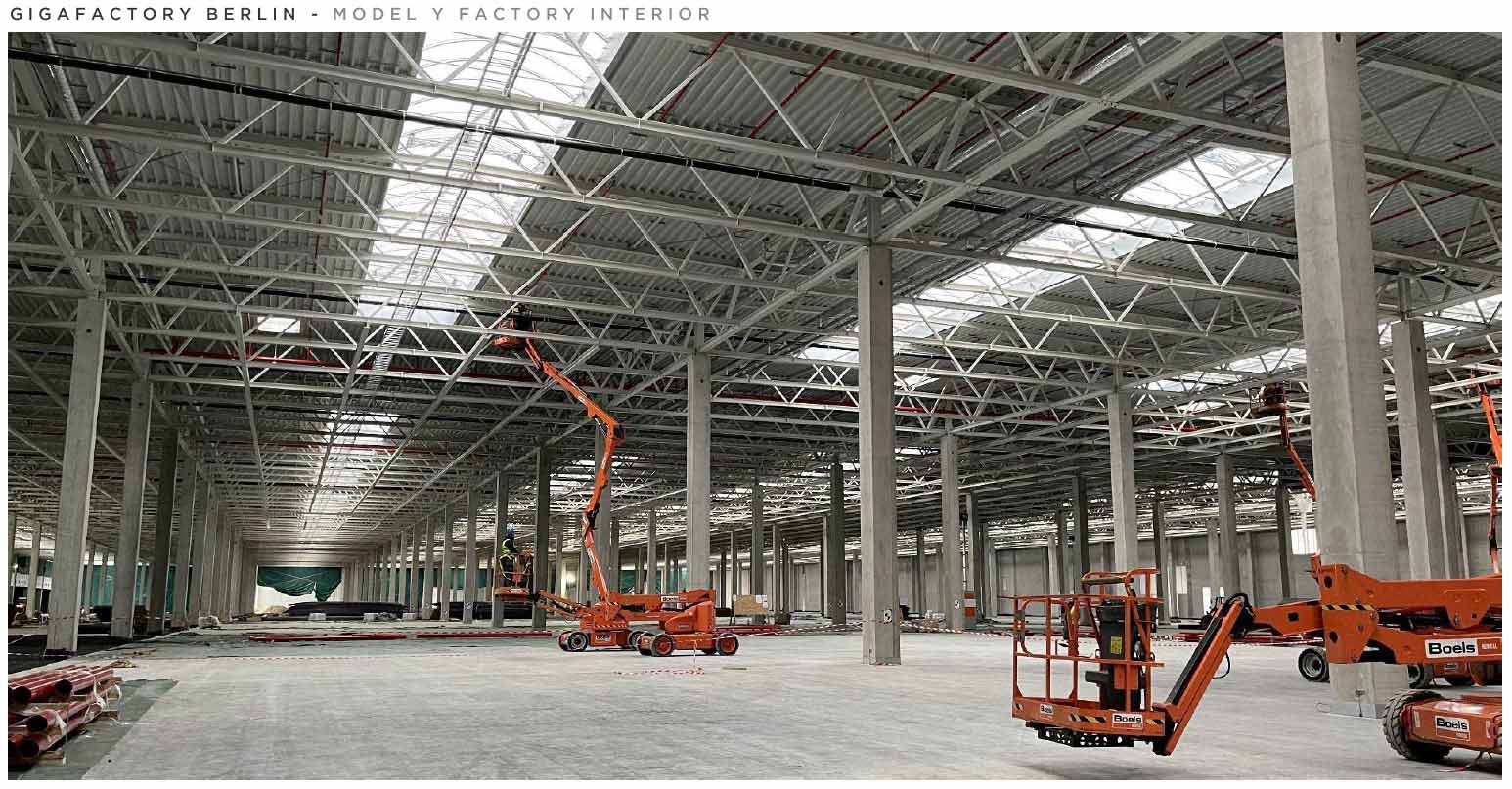 Tesla has refreshed the oldest models it has in production: Model S and Model X. It is both a cosmetic, as well as a technological update. The two luxury cars received new battery architecture, advanced motor technology and efficiency updates. The Performance version of both models is now called Paid and it features three high performance motors with all-wheel drive and more than 1000 horsepower. The interior updates are intended to prepare the cars for FSD: both models received an interior facing camera, three displays (two of which are ready for gaming) and a steering wheel reminiscent of Formula 1. 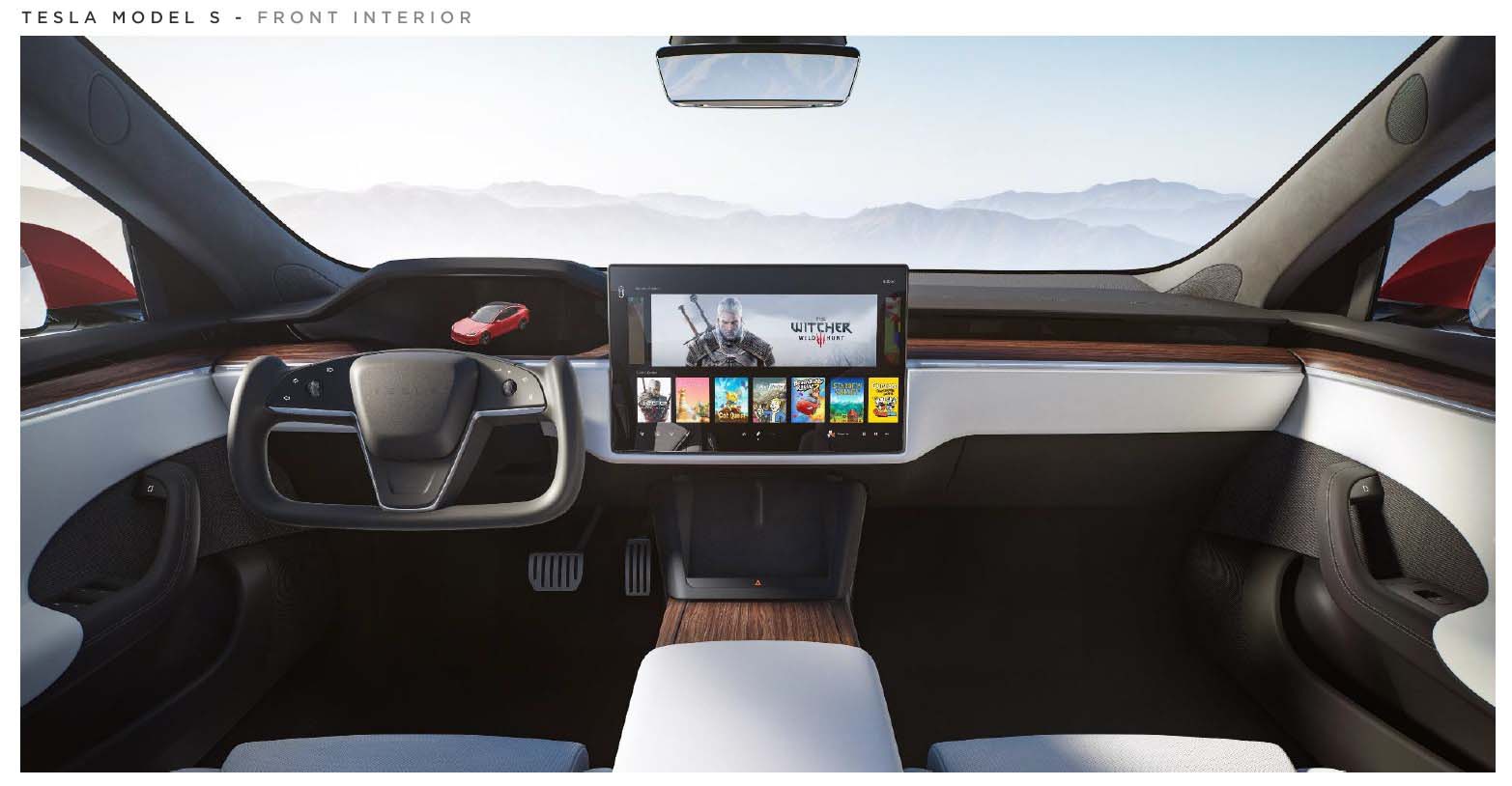 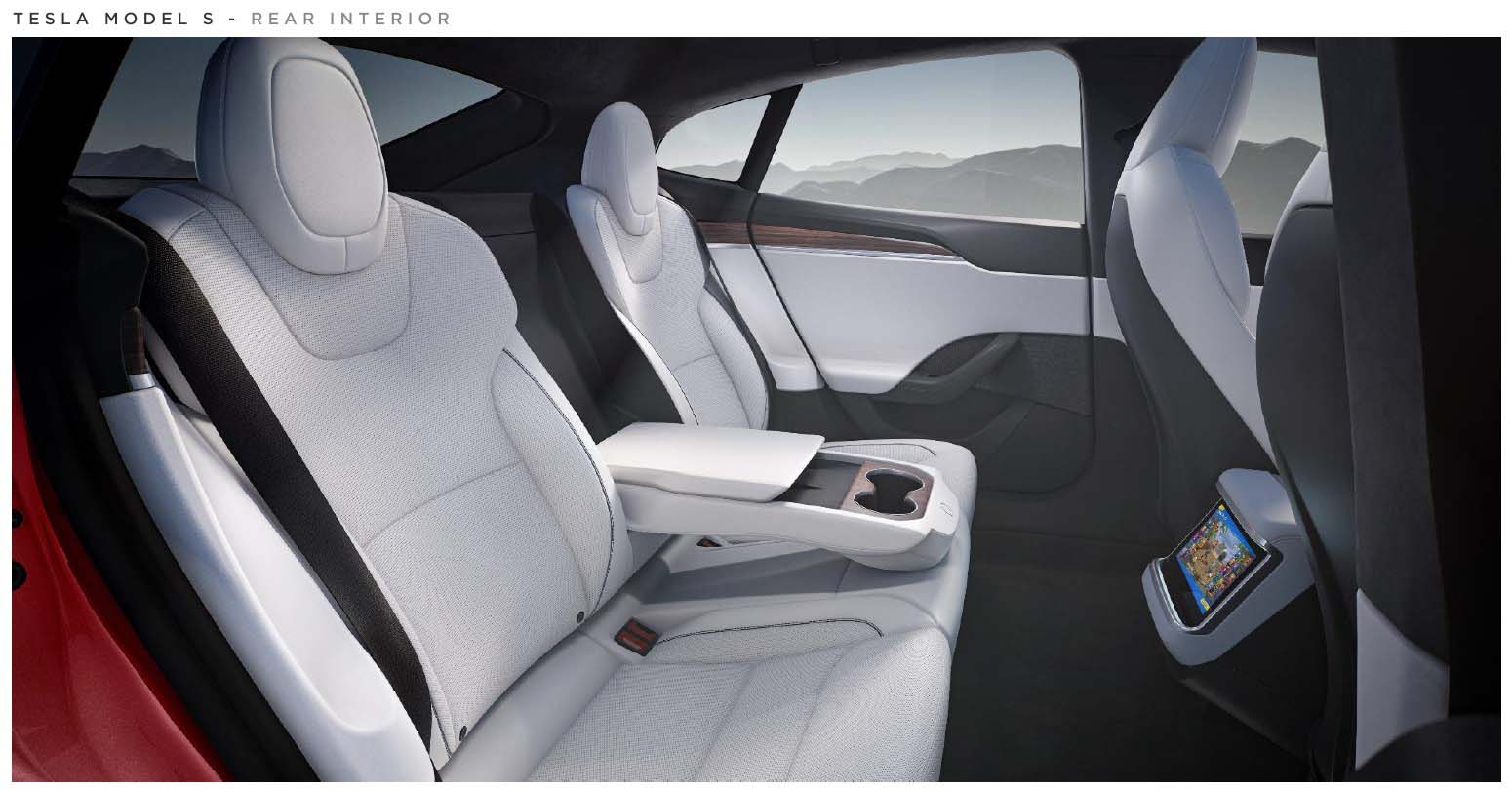 2021 will be a challenging year for Tesla. It already started on a high note with huge demand for the Model Y in China and Tesla’s market valuation soaring. A semiconductor shortage in the first month of the year is crippling all car manufacturers and it is very probable that it will make its way to Tesla too. This set aside, the climate change and environmental agenda of the new US administration is set to benefit battery electric vehicles, a situation from which Tesla will undoubtedly profit. Three big projects will assure that Tesla remains the market leader in 2021: Gigafactory Berlin-Brandenburg, Gigafactory Texas and Full Self Driving.