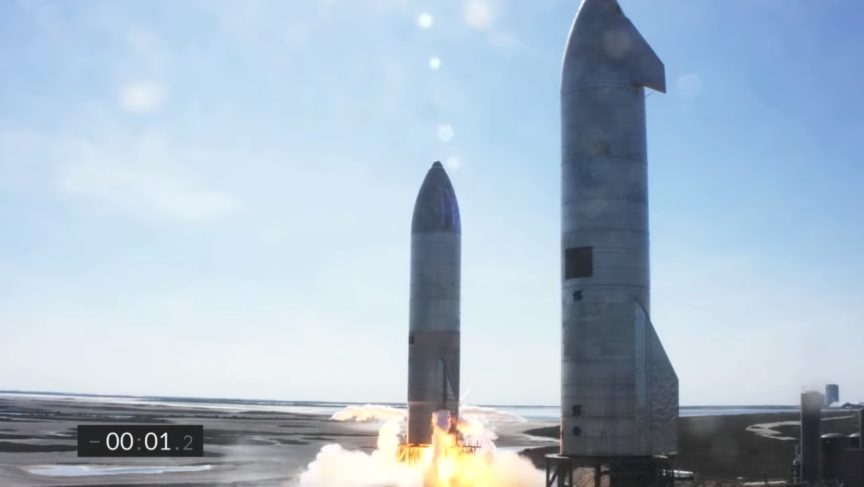 SpaceX has conducted on February 2, 2021 a second high-altitude flight test with the 9th iteration of their upcoming Starship spacecraft. The primary objective of the test was to demonstrate control of the vehicle in subsonic reentry. Except for the landing, all objectives were successfully achieved.

The test took place at the SpaceX Boca Chica Launch Site in Texas. It was expected in January 2021 but, pending flight approval from the US Federal Avionics Administration (FAA), it was delayed until Feb 2, 12:30 p.m local time. Similar to SN8 (the previous Starship prototype which completed a 12.5 km flight test in December 2020), the 50 m (165 ft) tall Starship SN9 was powered by three Raptor engines which use liquid methane and liquid oxygen.

Noteworthy about this launch is the fact that it took place with the next version of Starship (the Serial Number 10) on a pad nearby. Maybe because of the delay caused by the FAA approval, SpaceX decided to use the dead time to roll out to the Launchpad SN10. At the moment of the launch, SN9 can be seen sitting on the suborbital launch pad B and SN10 on pad A.

As expected, the three Raptor engines consecutively shut down, the vehicle performed the “belly flop” maneuver at apogee and oriented itself for horizontal descent. The critical moment proved to be reigniting two of the Raptor engines at 1.5 km above ground, in preparation for the vertical landing.

At T+6:21, debris was seen flying from the bottom of the rocket and a small fire was also visible inside the “engine compartment”, behind the nozzles. Only one Raptor reignited and it did not succeed to bring SN9 into the required vertical position to reduce the descent velocity. Starship SN9 crash-landed at T+6:26 in a fiery explosion. 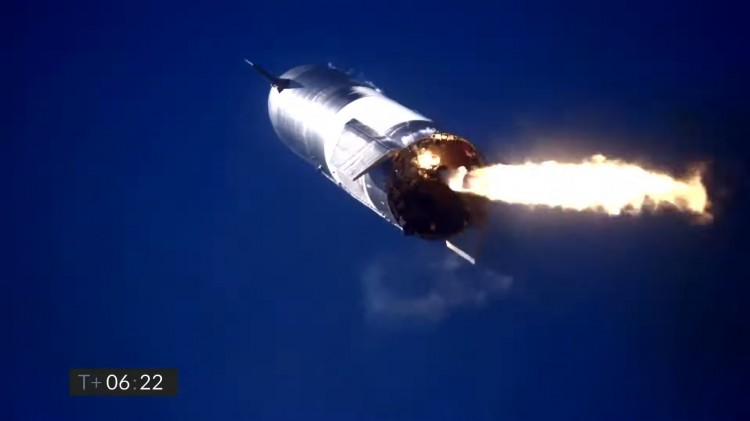 Fortunately, the orientation of the vehicle at the point of RUD (Rapid Unscheduled Disassembly) was such that resulting debris did not fly towards the nearby Starship SN10 prototype, the propellant tank SN7.2 (used for a pressure test the previous week), or the fuel farm, composed of gas tanks, located close to SN10. The damage to the infrastructure was minimal.

In hindsight, Elon Musk said in a reply on Twitter that they should have relit all three engines, shut down one of them when the vehicle was in place, and land with two Raptors burning.

Second high-altitude test, another great opportunity to gather data and do the next launch better. A shame that such an expensive vehicle didn’t survive (it costs about $15 mil), but they are prototypes and trial and error is fundamental to innovation, especially in the process of developing reusable space rockets. The Falcon 9, which is the most successful reusable rocket to date (and the only one delivering cargo and people into space), nailed its landing maneuver after at least three attempts.

Starship SN10 is up next. Among the array of test objectives seen in the case of SN8 and SN9, a new objective will probably be to test the heatshield. Hexagonal tiles, which will comprise the heatshield on the part of the vehicle that is facing the ground at reentry, can be seen attached to multiple parts of the SN10 prototype. Hopefully, we will also see a successful landing.

History is being written. SpaceX is already producing these vehicles at a record speed: SN8 & SN9 gone, SN10 already on the launch pad and SN11 is ready to be stacked (nose cone on the main rocket body). The Super Heavy booster is almost ready and other sections of the upcoming Starship vehicle are in production. It will be very exciting to see how SpaceX will ramp up the process once Starship reaches the desired reusability level. Elon Musk repeatedly said that “achieving good payload to orbit with rapid & full reusability” is critical to making life multiplanetary. 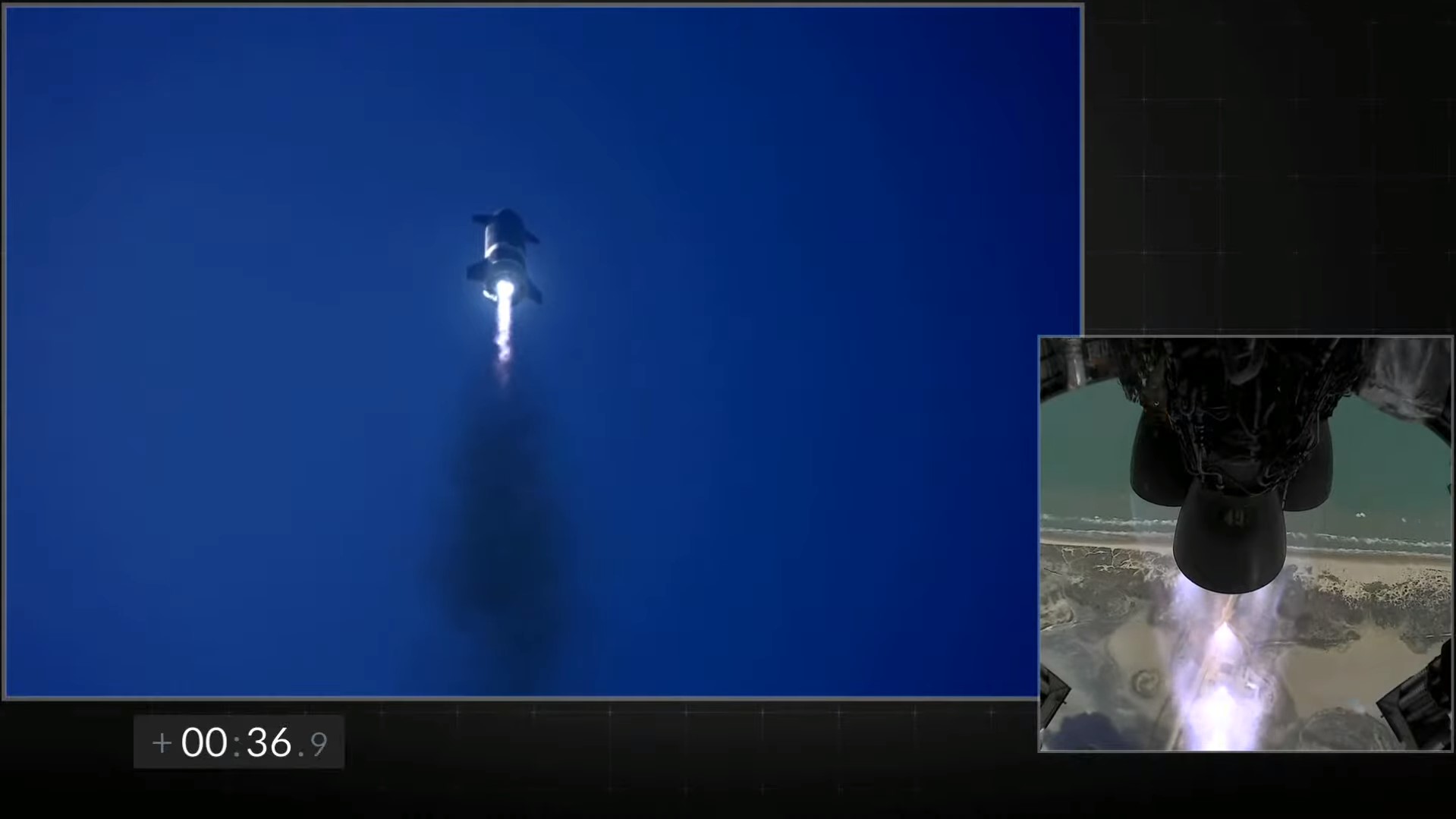 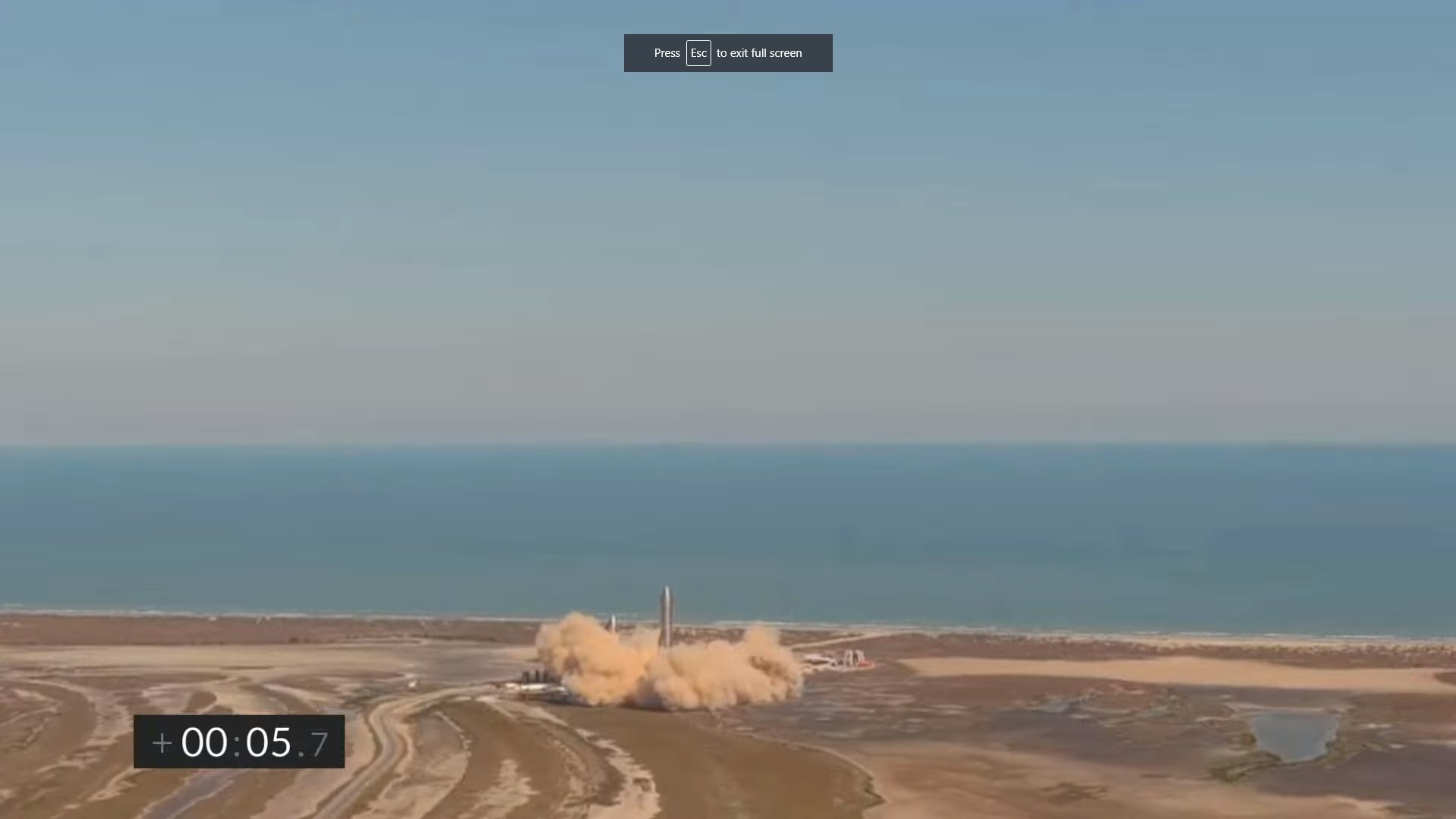 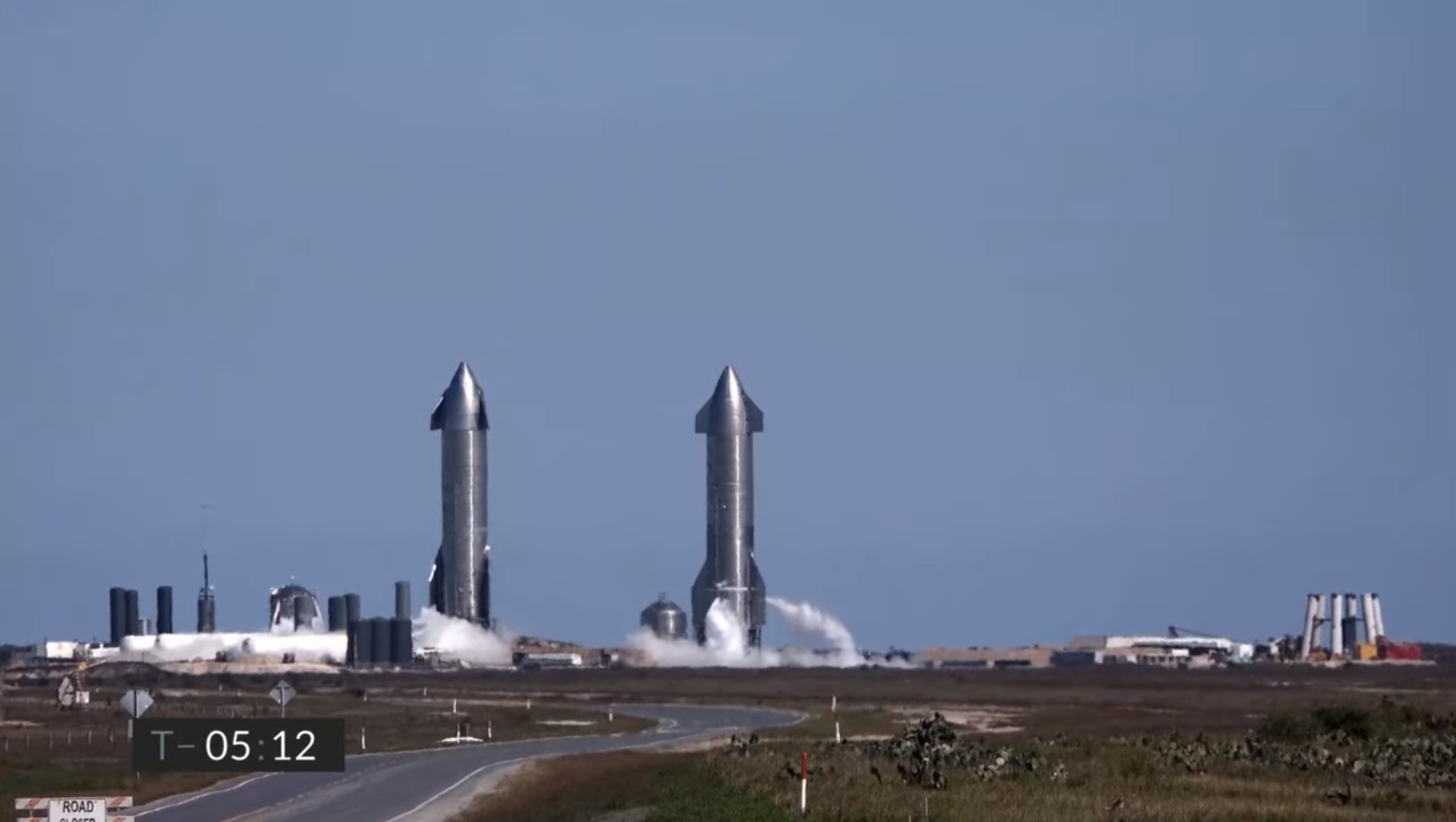 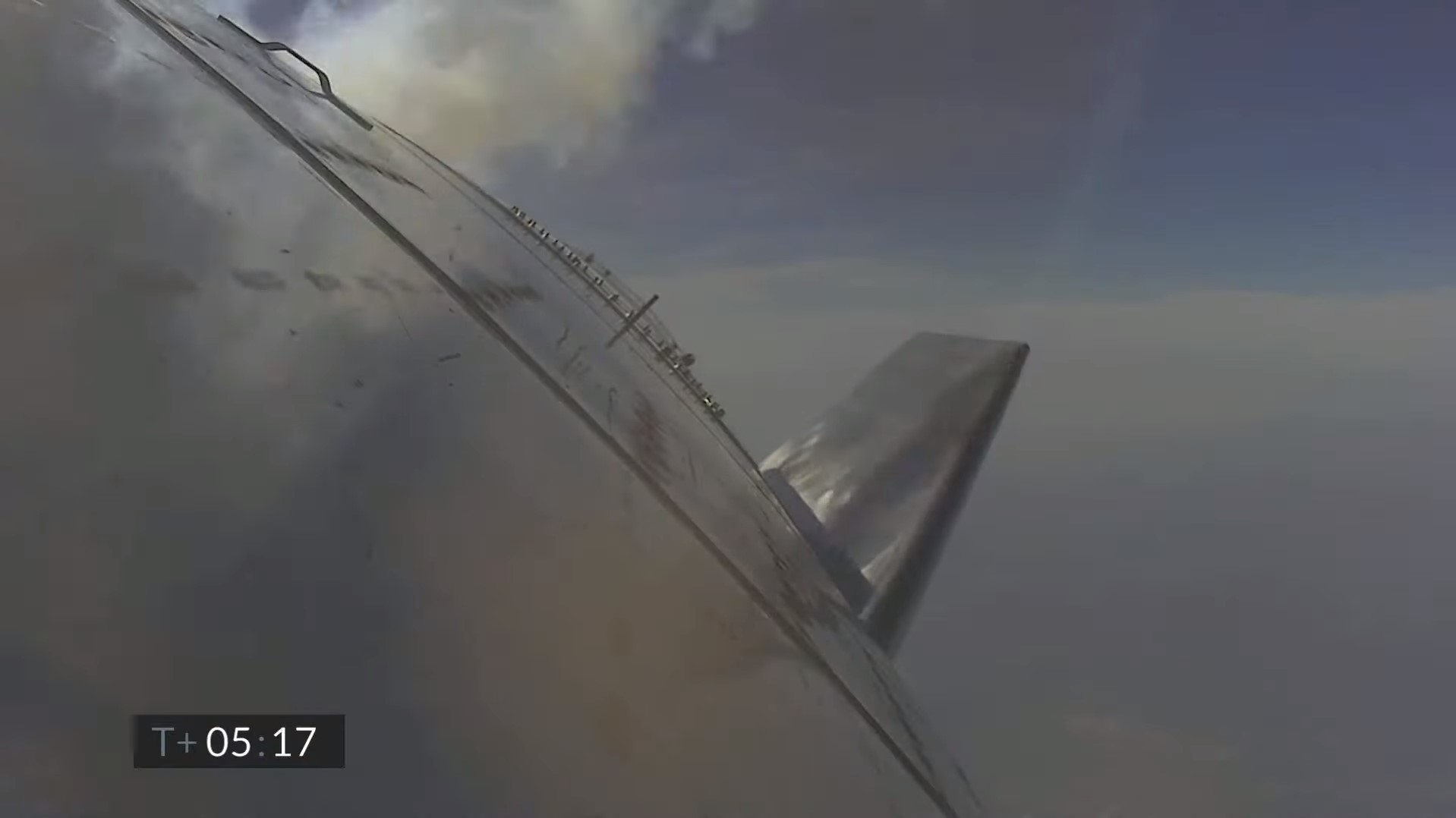 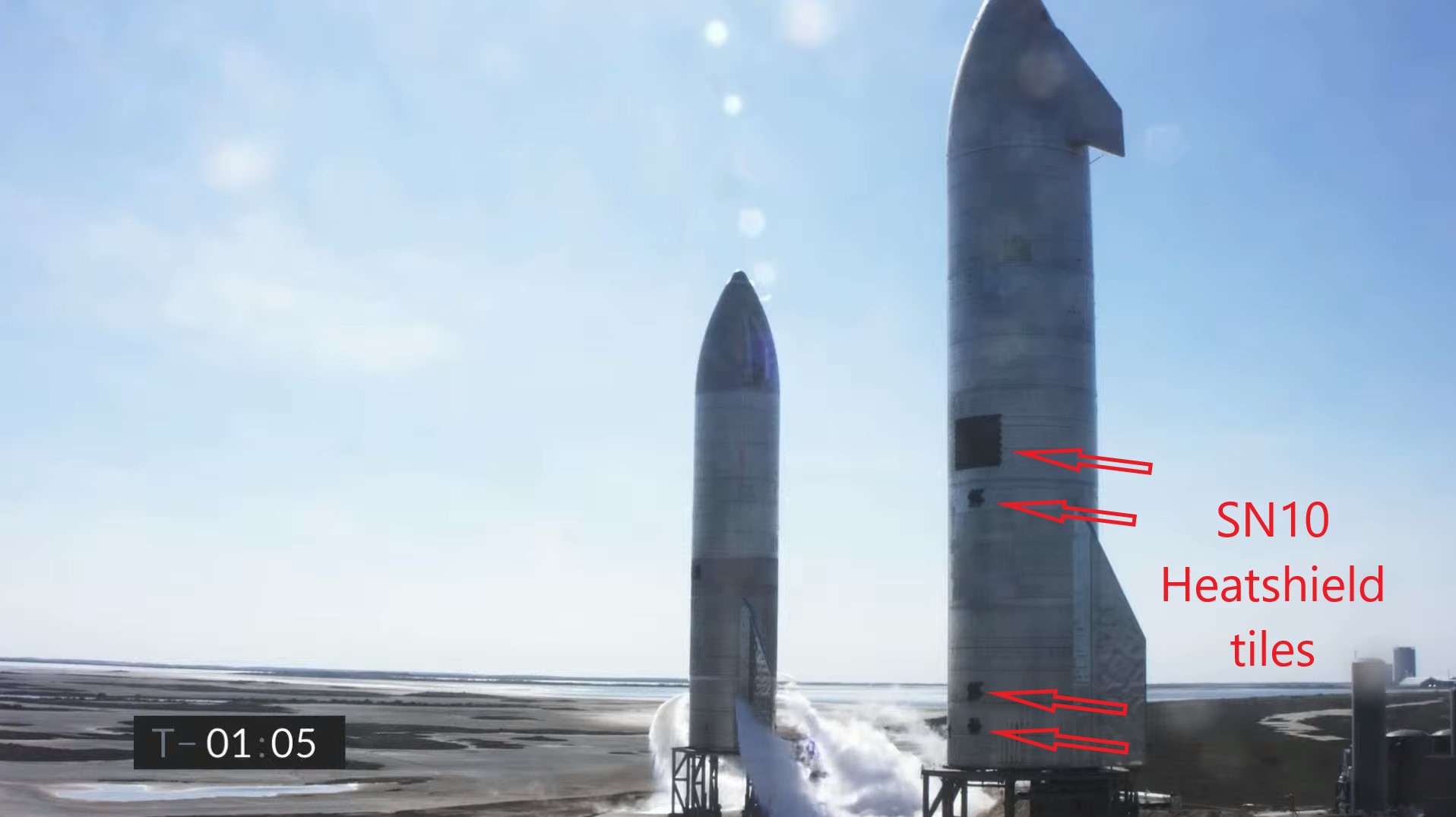