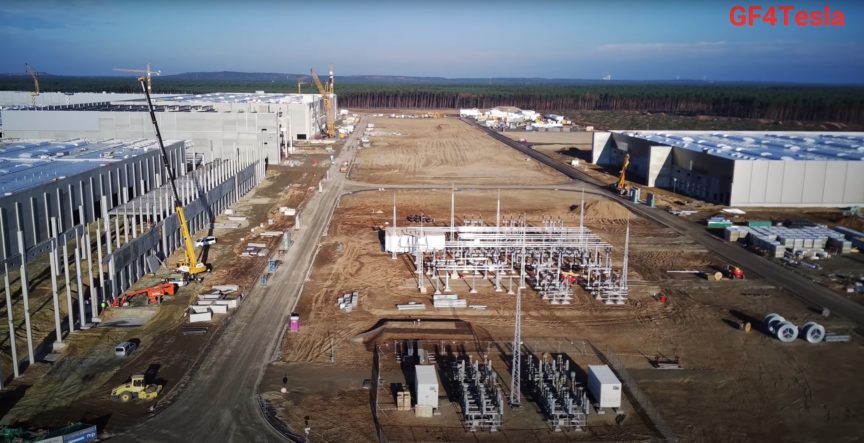 For those of you who don’t know, Germany has been a country divided in two parts for more than 40 years. Today, 30 years after the reunification of East and West Germany, the differences between the two regions are still palpable. There are (almost) no big technology companies in the old Eastern part of the country, no industry giants, no notable car makers. Until Tesla starts production in Berlin-Brandenburg.

All of a sudden, the seemingly forgotten and ignored part of the country has the potential to dwarf all the other regions who “had it better” – at least in the Automotive sector. Does this worry them? It should. But, does it matter? It shouldn’t because, on its whole, this is a great achievement for all of Germany.

Since Elon Musk’s announcement at the 2019 Golden Steering Wheel Awards that Tesla will build the new European Gigafactory in Grünheide near Berlin, opinions have been extremely polarized. On the e side, the politicians have been – and continue to be – excited about the project, on the other side, different action groups and organizations do their best to delay the construction work and assure that the pace of the progress is in accord with how things are done in the country in the last couple of years, namely, slow and over budget (the two examples linked can be easily interchanged because they were both late to finish and over budget).

Time and again important German news publications cover the progress of the construction at Giga Berlin not so impartial as one would expect from big news outlets. For example, an extensive article in Der Tagesspiegel (article in German) is making some good points about the need for a thorough reviewal of all the consequences this project will have for the area but it also features a video which has as thumbnail an image with a deforested part of the areal and the caption below says: “What Tesla is doing with Grünheide”. If this is not bad intentioned, what is? And there are more like this out there…

What do Tesla’s opponents say?

There are two main complaints against building the Tesla Gigafactory Berlin-Brandenburg: first, the construction of the factory will destroy the forest in Grünheide and the second, the factory will use up all the water in the region. Alongside these follow a series of other issues, such as the fact that Elon Musk doesn’t want to work with German unions, or the fact that the factory will cause traffic chaos in the region (because of the poor infrastructure), or it might be that Tesla will hire cheap workers from neighboring Poland to cut down production costs.

The objections are many but Elon’s optimistic predictions about the importance of Giga Berlin for Germany are trying to keep up. For example, he recently announced that, in addition to being one of the most important EV factories in the world, Giga Berlin will also be the biggest and cleanest battery production facility in the world. The details behind this statement are technical and hard to envision but one should take the time and study them before acting against a project that has the potential to be a prestige for the region/country for years to come. Not to mention the importance it has for achieving sustainable mobility in the future.

But the construction work keeps getting interrupted by lawsuits brought against Tesla and also, apparently, because Tesla repeatedly fails to meet payment deadlines: in October Tesla was late in paying a 15 000 Euro water bill, now they are late in paying a 100 Million Euro security deposit (article in German), necessary because Tesla is cutting down trees without having received the final approval for constructing the factory – at the moment, everything Tesla has built on the site was done based on temporary permits. It seems irresponsible on Tesla’s side but, on the other hand, it’s also seems like a perfectly normal situation: who would want to pay for services in advance to companies and government organizations which have no interest in signing a contract or issuing you a permit when you need it most?

Nobody should underestimate this situation. Elon Musk has established himself as a man of great vision who wants to get things done quickly because life is short, time is of the essence – critical in terms of climate stabilization – and, most importantly, because it’s possible. It’s possible to build fast; you only have to fight your way through walls of bureaucracy, walls which are thick because people are comfortable and want to work only form 9 to 12. Three days a week. In the meantime, the big picture doesn’t matter: “the Arctic is far away, Australia is even further away; if it doesn’t burn in our backyard, it’s OK. We’re safe”. For how long?

Conservationists are grabbing what they can

Tesla continues to plant new forests, instead of the pine plantation, which was on the territory of #GigaBerlin. By the end of 2020, an additional 183,000 tree seedlings and 22,000 bushes will be planted on 50 hectares, 70% of which are deciduous trees 🌳#Tesla @elonmusk 🙏🏼💚 pic.twitter.com/gsn7aK2SCo

Tesla had faced strong opposition for cutting down trees from the get-go because Germans love their trees. And that’s very good! I love trees/nature too and it’s a wonderful thing to walk through a forest and take a minute to feel what it’s like outside the city. Tesla is building on a site that was once reserved for a BMW factory and the forest in the region is destined to the production of paper (“eine kommerziell genutzte Waldfläche – in diesem Fall zur Papierproduktion”). But organizations like the Grüne Liga (Green League) have used this forest as a ploy to stop/delay the progress for as many times as the law permitted them, choosing to ignore the importance of the project and the fact that Tesla is planting more trees than it’s cutting down, elsewhere in Brandenburg.

There are also some great successes. The progress of the construction work is astonishing (given the time frame), a contract for water supply to the Giga Berlin has already been signed and, lately, the Local Council has approved an ambitious plan to extend the road network around the Gigafactory and properly adjust the infrastructure to anticipate the increased traffic demand next year. Is it enough? At the time of writing, a court order has again halted the construction work because it is unclear if the new logging activities have taken into account that there might be protected animal species hibernating in forest and, more importantly, Tesla has not paid the 100 Million Euro (~123 Million Dollar) security deposit necessary for clearing the forest. Who would?! Especially when the (same?) authorities refuse to give you final permission but allow you to build at your own risk, with temporary permits…

An area of 750 hectares with mix forests, grasslands and wetlands will compensate for the construction project Giga Berlin.

The whole reforestation🌱🍁🌿 enterprise destined to compensate for what is cut down @Giga_Berlin will cover 450 🍀ha of mixed forest 🌲🌳. An additional 300🍀 ha will be integrated as protected grasslands🍀 and wetlands🌼.